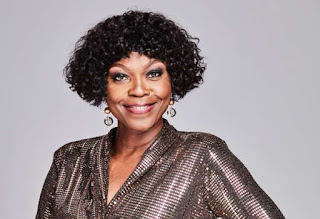 The MTV Staying Alive Foundation, in partnership with the United Nations’ Every Woman Every Child Partnership and Unitaid: supporting innovation for global health, Viacom CBS Africa,and MTV International have announced a 60-part mini-series of MTV Shuga to raise awareness in the global fight to flatten the COVID-19 curve. Produced remotely, the self-shot series will be written and directed by acclaimed writer, Tunde Aladese, and will be available for streaming and sharing across online platforms from the 20th of April 2020.

Set in Kenya, Nigeria, South Africa and Cote D’Ivoire during the height of the COVID-19 outbreak, MTV Shuga Alone Togetherwill depict every aspect of life during the pandemic over the next three months. It will educate viewers across the world about how practicing hygienic habits, social distancing and self-isolation are critical to fighting the spread of the coronavirus. From tackling COVID-19 myths and stifling the spread of fake news, to keeping a close eye on mental health while staying home, the pan-African production, shot entirely by the actors during lockdown, will be a window into the real-life effects of the pandemic.
Along with the critical public health messaging, MTV Shuga Alone Together will portray other real-life threats that people across the world are facing during their national lockdowns; such as the heightened dangers of domestic violence or mental health challenges. MTV Shuga Alone Together also examines the increased risks faced by people who may be HIV+ and not managing their viral load, and/or those who have TB.

The Senior Vice President and General Manager of ViacomCBS Networks Africa Monde Twala, expressed his tremendous support for the crucial project when he said, “MTV Base and MTV Africa are always at the epicenter of the crucial conversations that affect our continent. The only way to fight the challenges posed by COVID-19 is to empower and equip a generation of active citizens with accurate information and encourage dialogue. We have reached a point where every second counts in the fight against the coronavirus and as a network we are inspired to partner with MTV Shuga and the MTV Staying Alive Foundation on another life-saving campaign.”