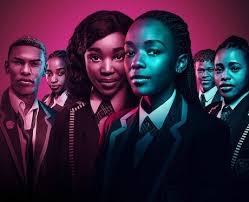 On 25 May, Africans celebrated Africa Day. Some wore garments representing their love for the continent. Africa has 54 countries, all of whom encompass diversity, freedom, growth and creativity.
On this day, Africa Day, Netflix highlights the creative talent that is ever growing amongst our nation and wish to thank them for contributing to the entertainment landscape, for having a voice and simply for offering it to the world.

Below is the Netflix, African “wall of fame” watchlist:

Set in the surroundings of Parkhurst College, the prestigious inner-city school for elite scholars and academic overachievers. Blood & Water follows the exploits of 16-year-old Puleng Khumalo, as she engineers her transfer to the school to investigate the 17-year-old cold case of the abducted-at-birth older sister she’s never met.

In 1976 Solomon Mahlangu, a 19-year-old street hawker, is beaten by the police during uprisings. After living in exile, he joins the liberation movement and becomes an international icon of South Africa’s liberation.

This global, first-of-its-kind, series will bring together 47 comedians from 13 regions in 8 languages in an unprecedented stand-up comedy event series. The groundbreaking series will feature a range of stand-up specials from comedians diverse in style, gender and ethnicity.

Luck Kunene adopts a criminal lifestyle that balloons into big-time crime, attracting the attention of law enforcement and a powerful drug lord.

From surprise news to relationship blues, four coworkers in different stages of motherhood unite to support each other in their struggles with men.

Groom-to-be Elvis confronts a tide of obstacles when he tries to cover the 1,000 miles to Cape Town, South Africa in time for his wedding.

After shooting a woman and driving off in her car, a ruthless thug is surprised to discover a crying infant in the back seat

Amidst poverty and struggle, a hardened pantsula dance leader enters a dark space and searches for redemption and salvation in his community

A former footballer tries to make it as a player agent in the world of African football, but a secret from his past threatens to destroy everything.

South African spy Queen Sono finds herself in a nefarious web of business and politics as she seeks to uncover the truth behind her mother’s death.

When a wealthy patriarch unexpectedly drops dead, his money-crazed family, friends and staff scramble for his billionaire fortune.

The Boy Who Harnessed The Wind

Inspired by a science book, 13 year-old William Kamkwaamba builds a wind turbine to save his Malawian village from famine. Based on a true story.

A teen criminal and a young sex worker forge an unlikely alliance during a night that forces them to confront painful pasts and crisis of conscience.

Mentored by an enigmatic tycoon, an ambitious young man faces a crisis when his rise in power draws him deep into the occult.

As their big day arrives, a couple’s lavish wedding plans turn into a nightmare of exes, fighting parents and uninvited guests.

A Yoruba prince and a young lady from a prominent lgbo family face tribal prejudice and parental pressure when they secretly wed.

When her father falls ill, Adaeze steps up to run the family business, alongside her uncle, and prove herself in a male-dominant world.