Another one bites the dust at Ambitiouz! 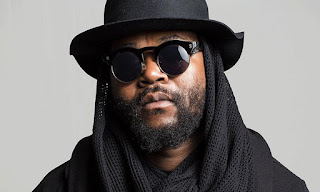 That seems to be the social media the sentiment after award-winning singer Jabulani Makhubo, 36, popularly known as Sjava, took to Twitter a few hours ago to announce his departure from Ambitiouz Entertainment.

This move left many of his followers reaching for confetti, as they congratulated him on leaving the controversial label.

Many considered it inevitable, considering how the label has been bleeding artists of late; all who have made a swift exit from the label, many with a sour taste in their mouths.

Sjava joins other award-winning artists like Emtee, A-Reece, and Amanda Black, who have all gone on to tell stories of exploitation by the label, the latter who went on to sue Ambitiouz Entertainment in 2018.

Sjava does however seem to be keeping his cards close to his chest, at least for now, as he would not go into detail about the reasons behind his sudden departure.

In a seemingly sentimental press release, Sjava details how he is grateful to the label for everything they have done for him, before asking his followers to not attack the label as a result.

Many fans consider this a hint that there is more to the story; another tale of exploitation and withheld royalties as in the case with his former label artists, yet in the statement, Sjava details how the parting was amicable and how the reasons for him leaving are “only known to him”.

It has been a back-breaking year for Sjava; first he was accused by singer Lady Zamar of Sexual misconduct. Recently, a woman claiming he fathered her child has surfaced demanding child support.

Fans consider Sjava’s departure to be Ambitiouz Entertainment’s final nail in the coffin, as they assumed to be going under.
Some of the artists still left under the label are Cici, Miss Pru, La Sauce, and Blaq Diamond, the latter being considered the only one who is still the label’s golden goose.

Ambitiouz Entertainment CEO Kgosi Mahumapelo had not responded to our attempts to get a comment at the time of publication.

2020-05-26
Previous Post: Netflix African “wall of fame” watchlist
Next Post: #MakeYourMask campaign aims to slow the spread of Coronavirus and help save lives