Niniola back with a hit! 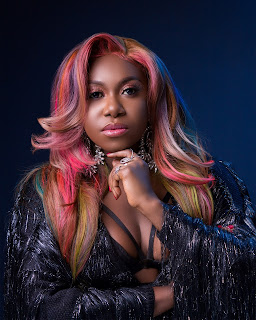 Multi award winning Nigerian singer Niniola Apata, 34 is back with her new single

Addicted which is already making waves on radio stations across the continent.
Her latest single titled Addicted from her much anticipated upcoming album ‘Colours and Sounds’ dropped last week, and already has great response globally with huge airplay on stations locally.
The single is a fun Afro House track, centred around lost love and finding your way back to it.
Written as an ode to South Africa, the song has elements of Amapiano and Afrobeats, and pays homage to her self proclaimed second home. Get ready for Niniola to switch up the game in 2021 on her own terms.
Niniola shot to fame across the globe in 2017 with hit single Maradona from her debut album. She is a multi-talented Grammy nominated singer, songwriter, producer, philanthropist and entrepreneur is back.
Download Addicted on all popular platforms.
2020-07-22
Previous Post: Actors speak up on sexual harassment on the set: ‘He has undressed me with his eyes. He offered to furnish my apartment in exchange for sex’
Next Post: Glencore hands over R30 million clinic to the North West