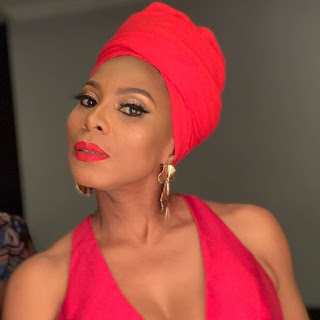 Radio host Penny Lebyane,43, finds herself entrapped at the centre of a legal battle between DJ Fresh and Ntsiki Mazwai and she brings in her legal team.
According to a story published by Sunday World, Thato “DJ Fresh” Sikwane,47, filed papers in the Joburg High Court against poet Ntsiki Mazwai, 39, to appear before court on 20 July 2020 to answer to why she called DJ Fresh a “rapist” on social media, allegedly reacting to a post by Penny.
According to the report, DJ Fresh’s affidavit reads, “In so far as Penny Lebyane, the author of the original post is concerned, I dated her briefly in 2001, i.e. 19 years ago. I broke up with her because our relationship was toxic and a restraining order was obtained against her after she attempted to force friends of mine off the road. I have not had dealings with her since,”
DJ Fresh said that around June 22 this year, Ntsiki posted the following: “I’m on Facebook and there is a thread exposing celebrity rapists. I’m posting all. I’m starting with the allegation against DJ Fresh. Because famous men abuse their power.”
DJ Fresh has asked the court to grant him an order to force Ntsiki to retract the statement and take down the post. DJ Fresh allegedly filed papers in the Joburg High Court against poet Ntsiki to appear in court on 20 July 2020 to answer to why she called DJ Fresh a rapist, allegedly reacting to a post by Penny.
In the statement, DJ Fresh also alleged that in the past, he had obtained a protection order, against his ex-girlfriend from 19 years ago, Penny. But denies ever getting a restraining order against DJ Fresh. In a recent social media post, she wrote, “You know someone is terrified of being exposed when they start fabricating things in legal documents about you to qualify their case. That narrative of painting me as unstable is gonna be the end of you in this times.”
Penny has taken to social media in the form of a video with her legal team to challenge DJ Fresh to prove that he had a restraining order against her and that she was the originator of the post by Ntsiki Mazwai alleging that DJ Fresh is a rapist.
In a video recording, Penny says, “I am not the originator of this post,” she said.
“And I take restraining orders seriously.”
“In the presence of my lawyer. My lawyers have served Mr. Sikwane’s lawyers with the letter requesting. Proof that I am the originator of the post that Ms. Ntsiki Mazwai has been taken to court for based on. Where and when was the restraining order served on me 19 years ago or any other time,” she said.
“Why am I being sighted on the document that has been filed in the High court of Johannesburg where Ms. Ntsiki Mazwai is appearing tomorrow on the 21 July. Mr. Sikwane and lawyers are expected to respond to my legal team on, Tuesday 21 July by 5 PM. Failing which, further action will be taken.”
Penny said she is very passionate about “changing the status quo of how women are treated by the court but most importantly by men who occupy placed of privilege and power. Right now, I feel like I am intimidated, and I am overwhelmed by the support of women who have sent me messages.”
In an emotional conclusion, Penny says she knows what it is like to not afford legal action.
“I know what it’s like to be a young woman and not have resources to pay lawyers to stand up for yourself. Now that I can afford it. No one will silence me.”
Watch full video below:

Picture: PennyLebyane/Instagram
By Buzz Life NewsJuly 21, 2020TrendingLeave a Comment on Penny Lebyane takes On DJ Fresh: ‘No one will silence me’