Lasauce sings about Love and Loss in new album Sindisiwe 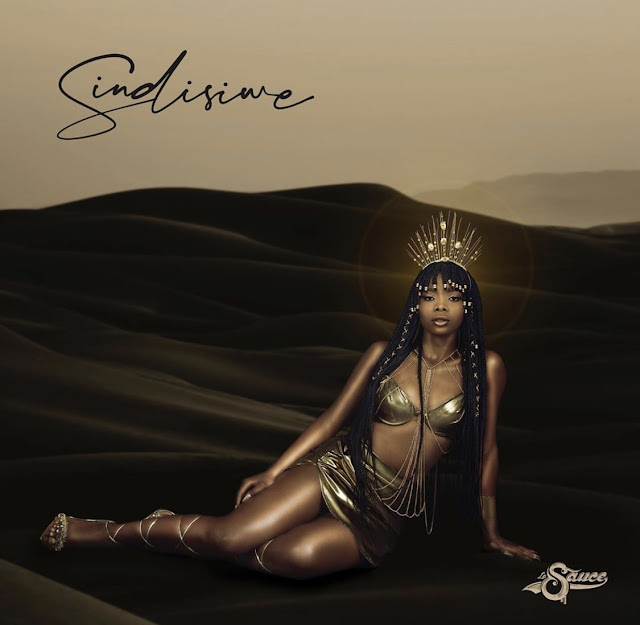 She named the album Sindisiwe because she believes that music has saved her. Sindisiwe is an RNB and Afro-pop solo album with 12-tracks that LaSauce worked on for a year ensuring that her supporters get the best of her new sound.
The new sound LaSauce brings forth is a slow tempo filled with themes of love and loss.
She tsings about being able to love despite suffering, with the intention of giving inner peace to those who need it most.
She introduced her new sound late 2019 through her singles, Emafini and Njalo.
The two singles are easily ascending the charts on radio and television. The album follows the debut album of the KZN born singer, Broken Lipstick which was released in 2017.
She was only 18 years old when she released Broken Lipstick, new to the industry and still trying to find her niche. Songs like ‘I do’ ‘Coolerbag’ and ‘Ncese’ captured people’s hearts. Broken Lipstick’s spectacular triumph was when the ‘I DO’ music video crossed more than ten million views and Ncese received three million views on YouTube.
LaSauce describes Sindisiwe as an evolution for her as she has navigated her way through life. She says she has found her voice and style in the sophomore release.
“Sindisiwe is a much more mature version of myself compared to Broken Lipstick where I was still young and getting used to the hang of things. I have grown and I have experienced all kinds of love. There has been pain involved but when you love, you love through pain,” says LaSauce.
The album was available for pre-order on Friday, 24 July 2020 and has gained great momentum. Bayeke is one of the songs that explains the emotional space she was in during the process of making the album.
In the song she simply encourages people to focus on their goals despite all the negativity they may face.
She wrote the second track of the album, Skhathi to give people hope during these trying times where the whole world is faced with a deadly pandemic, Covid-19. On Tuesday, 28 July, Skhathi had over 5900 streams on iTunes. Her love filled track, Sobabili and Questions are some of the songs that her fans will enjoy listening to. LaSauce hopes that people will find inner peace after listening to the album and learn to love themselves more.
2020-07-31
Previous Post: SAMA26 to honour legends
Next Post: Major League DJz and Abidoza release Pianochella