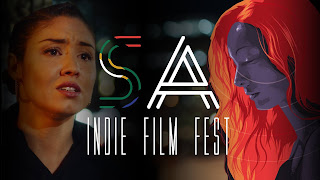 SA Indie Film Fest is paving the way for African film festivals by hosting a cutting-edge virtual edition this August. SAIFF’s 2020 season offers Video-On-Demand screenings of almost 100 exclusive unreleased movies, short films and documentaries from all over the globe. Festival goers will also get access to exclusive video content, such as masterclasses and interviews with industry heavy-weights, Q&A’s with filmmakers from all over the world, and more. And it’s not just South Africans that will be able to enjoy the festival – this year SAIFF is excited to expand its reach to the whole of the African continent.

The COVID-19 pandemic has made hosting traditional film festivals impossible. For a while, it looked like the international 2020 film festival run would be over before it began. “That was never an option for us”, says Durban-born performing artist and festival director, Berneen Cereska, “We knew we couldn’t disappoint our hard-working official selection filmmakers whose excellent work deserves to be celebrated”.

“When it became clear that a traditional festival wasn’t going to happen, we set our minds to creating a virtual experience that maintains all the advantages of the traditional festival, but expands our reach and keeps our audience and team safe” says James C. Williamson, festival managing director. Some of the highlights of this year’s catalogue include Spanish-Ethiopian sci-fi/comedy “Jesus Shows You the Way to the Highway”, SAFTA award-winning local film “Fiela se Kind”, US horror “Artik”, and Danish-Zambian documentary “The Remandee”.

“Everyone involved in the festival, from the organisers to the jury have a heartfelt love for indie film” says festival director, Ryan Kruger, “As independent filmmakers ourselves, we understand the disappointments and thrills that come with the territory. This festival celebrates all the highs, lows, hard work and creativity of indie filmmaking”.

The official selection catalogue will be available for streaming for all residents of the African territories from 14 to 30 August 2020. Visit http://saindiefilmfest.com/2020-virtual-festival/for more details.

SA Indie Film Fest is in partnership with the National Film and Video Foundation of South Africa.