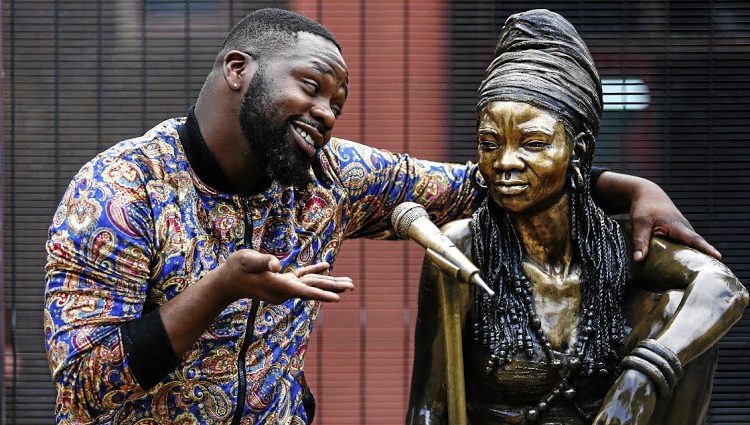 Bongani Fassie, son of late Afro-pop icon Brenda Fassie is set to release a tell-all documentary in the month of May.

For over four years, there has been an ongoing battle about the making of the Brenda Fassie biopic. In 2019, the high court in Pretoria dismissed an application by Brenda’s manager Sello “Chicco” Twala before her death in May 2004, to permanently interdict Brenda’s son Bongani from going ahead with a movie about his mother’s life.
In his application, Chicco had used an agreement with Brenda’s estate in 2012, which gave him the right to produce a film and that the estate would make the material on Brenda available for it and that he would get 45% of the film’s earnings, and Bongani 10%.
Judge Mngqibisa-Thusi ruled that as required by law, Bongani had not given written permission to agree and the agreement was therefore invalid from the outset. Chicco, therefore, did not hold exclusive rights to any film produced on Brenda’s life.

Since last year, Bongani has been working and recording his life story with DSTV channel 157, Moja Love.
According to a source, cameras follow Bongani’s life and tell his story from birth to date.
“He leaves no stone unturned,” says the source. “He delves deep into his childhood, his mother’s career, and relationships and openly speaks about alcohol and drug abuse in the entertainment industry. It is something everyone needs to see and to get a clear vision on the kind of mother the late Brenda was.”