#NOEXCUSE calls on all men to take action against GBV 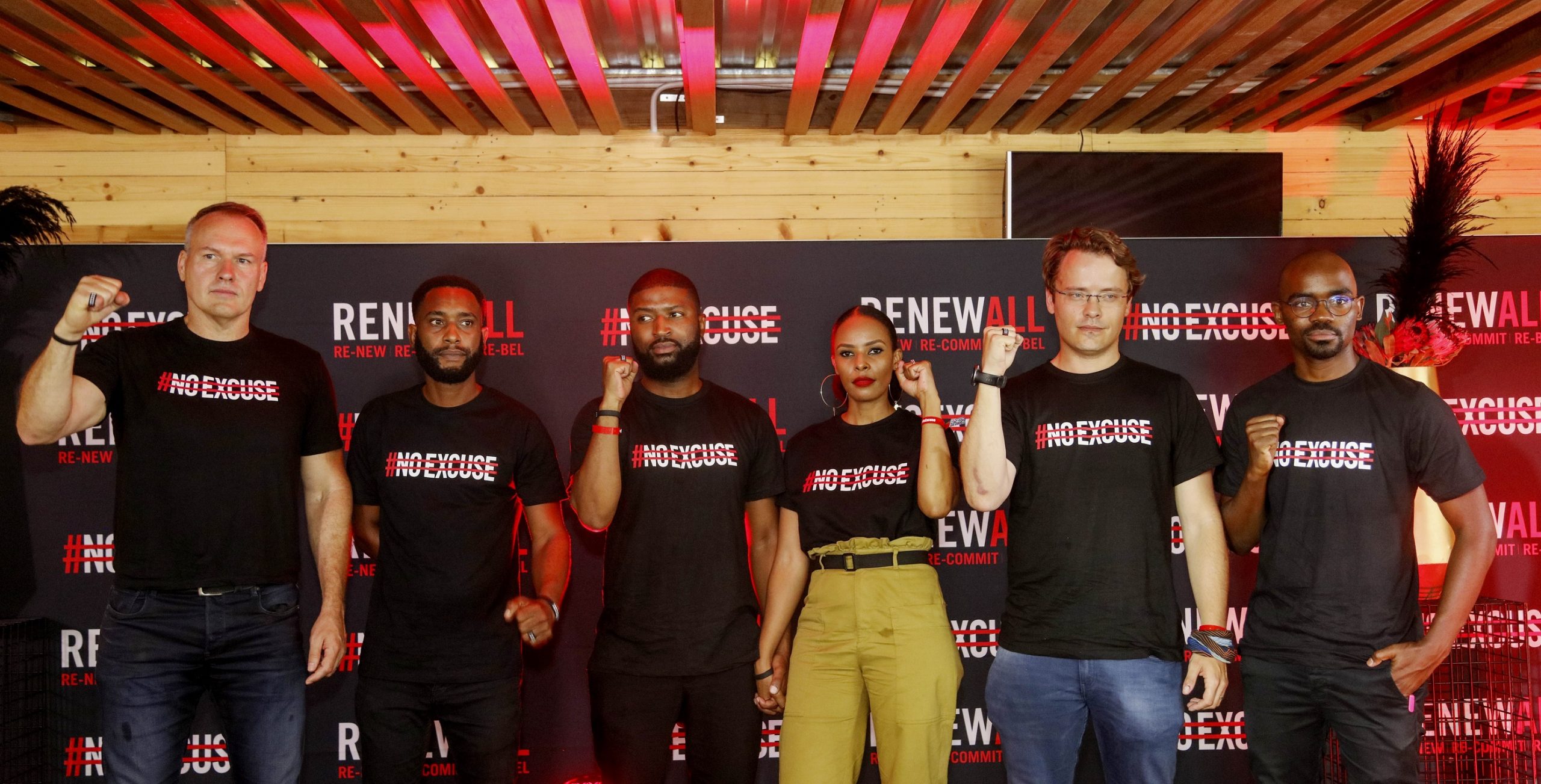 “As many as “51% of South African women have experienced violence at the hands of someone with whom they are in a relationship.” (South African President, Cyril Ramaphosa, 13 June 2020). Based on this insight alone, it appears that the social contract between men and women has somehow been broken, with men failing women, not taking meaningful action or promoting real change. This year, the #NOEXCUSE movement wants to make a difference during 16 days of activism and beyond. RenewALL is a vow from men to women and to society that renews the social contract and calls upon all men to take action in an effort to reduce the actual incidents of gender-based violence (GBV).

“This is a vow by men promising to hold themselves accountable, undertaking to behave like Champion men and to become part of the solution to end gender-based violence. Men who make the vow can also wear a mark of commitment and solidarity, the #NOEXCUSE ring is our symbolic representation of men committing to the fight against gender-based violence,” said Carling Black Label Brand Director, Arné Rust.

Speaking at the media launch held at Durban’s famed Eyadini Lounge in Umlazi, Rust added, “We want to galvanize action to reduce the incidence of GBV. Our stance at #NOEXCUSE is that every man is responsible for ending all forms of GBV. We would like to encourage men to join us with a bold public commitment to end GBV through the RenewALL campaign.”

The RenewALL campaign was conceptualised with the powerful symbol of a ring, worn as a reminder and a statement that it is up to all men to end GBV.  For those not wanting to wear a ring there are also armbands that serve the same purpose. The ring and the armband both heed the President’s call for all South Africans to wear a black sign of solidarity to the victims of GBV.

Musician and actor, Lerato Makhetha was in attendance and played his part by publicly making the vow to his wife Phetola Makhetha at the launch event, describing it as “natural” to want to use his strength as a man to stand for his wife and against GBV. “I am very excited to be a part of a movement that has the potential to change the way men engage on topics of gender-Based Violence. The point that we are aiming to get across is that all men are responsible for ending GBV and should therefore play their part. I made this vow not only to my wife, but to all the women of South Africa,” said Makhetha.

Makhetha is one of three public figures who are participating as campaign voices alongside football maestro and family man Reneilwe Letsholonyane, musician & presenter, Moeti “Mo Flava” Tseki and TV Presenter & medical practitioner, Dr Musa Mthombeni who have all been a part of past #NOEXCUSE campaigns. Through the RenewALL campaign, #NOEXCUSE is appealing to the men of South Africa to:

RE-NEW what you stand for in your relationship.

RE-COMMIT to helping in the fight against GBV.

RE-BEL against the idea that you cannot help.

#NOEXCUSE’s official on-the-ground partner, Father-A-Nation – a non-profit organisation that addresses GBV, crime and fatherlessness by restoring and equipping men to be nation-builders, fathers and role models. The organisation is headed by GQ’s 2019 Humanitarian of the Year award recipient, Craig Wilkinson who has been in partnership with #NOEXCUSE since 2017