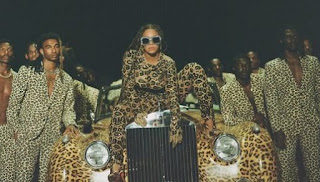 M-Net, the MultiChoice Group’s flagship channel on DStv Premium, has acquired the rights from The Walt Disney Company to screen Black Is King across Africa. The film by Beyoncé, is based on the music of The Lion King:

The Gift from last year’s release of Disney’s The Lion King. The teaser and trailer about this new visual album are already taking the world by storm. More good news is that M-Net will bring Black Is King to the continent within 24-hours of its debut on Disney+.
The M-Net screening is scheduled for Saturday, 1 August 2020 at CAT and 21:00 EAT/WAT. Starring featured artists from the film’s music soundtrack as well as guest appearances, Black Is King tells the story of a young king’s journey through betrayal, love, and self-identity. Guided by his ancestors, father and childhood love, he earns the virtues needed to reclaim his home and throne. Thus, it reimagines the lessons of last year’s The Lion King for today’s young kings and queens in search of their own crowns. The film was in production for a year, with a cast and crew that represent diversity and connectivity. The new trailer provides a glimpse of some of the special guests in the film. They include models Aweng Ade-Chuol and Adut Akech, supermodel Naomi Campbell, Tina Knowles-Lawson, author and Academy Award®-winning actor Lupita Nyong’o, singer Kelly Rowland, Pharrell Williams and JAY-Z, among others. Many artists featured on The Lion King: The Gift album also make appearances.

I typically keep comments short and sweet, but I just watched the trailer with my family and I’m excited. 🎶please don’t get me hype🎶🤪 “Black Is King” is a labor of love. It is my passion project that I have been filming, researching and editing day and night for the past year. I’ve given it my all and now it’s yours. It was originally filmed as a companion piece to “The Lion King: The Gift” soundtrack and meant to celebrate the breadth and beauty of Black ancestry. I could never have imagined that a year later, all the hard work that went into this production would serve a greater purpose. The events of 2020 have made the film’s vision and message even more relevant, as people across the world embark on a historic journey. We are all in search of safety and light. Many of us want change. I believe that when Black people tell our own stories, we can shift the axis of the world and tell our REAL history of generational wealth and richness of soul that are not told in our history books. With this visual album, I wanted to present elements of Black history and African tradition, with a modern twist and a universal message, and what it truly means to find your self-identity and build a legacy. I spent a lot of time exploring and absorbing the lessons of past generations and the rich history of different African customs. While working on this film, there were moments where I’ve felt overwhelmed, like many others on my creative team, but it was important to create a film that instills pride and knowledge. I only hope that from watching, you leave feeling inspired to continue building a legacy that impacts the world in an immeasurable way. I pray that everyone sees the beauty and resilience of our people. This is a story of how the people left MOST BROKEN have EXTRAORDINARY gifts.❤️✊🏾 Thank you to Blitz, Emmanuel, Ibra, Jenn, Pierre, Dikayl, Kwasi and all the brilliant creatives. Thank you to all at Disney for giving this Black woman the opportunity to tell this story. This experience has been an affirmation of a grander purpose. My only goal is that you watch it with your family and that it gives you pride. Love y’all, B

Among the well-known Mzansi stars featured in Black Is King are Connie Chiume (Gomora), Nandi Madida (The Road), Nyaniso Dzedze (Binnelanders) and Warren Masemola (The River). 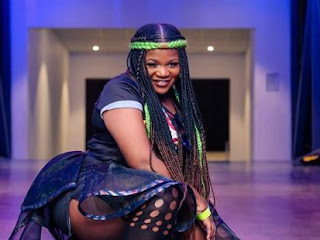 “Showcasing this landmark visual album and global television event to as many of our loyal viewers as possible, MultiChoice Group and M-Net yet again cement their reputation as Africa’s most-loved storyteller, “says Yolisa Phahle.

MultiChoice Group CEO: Video Entertainment.
“We’re very excited to be part of this global event, but what makes Black Is King even more important for us, is that it shines the spotlight on the many phenomenal African creatives who were involved in the project – both on screen and behind the scenes.”
Christine Service, Senior Vice President of The Walt Disney Company Africa, adds: “Black Is King is a powerful, relevant and timely creative and celebratory expression of identity that we felt was important to be shared with fans across Africa as it launched globally on Disney+. We’re thrilled to continue the journey that started with The Lion King.”
Black Is King features an impressive list of diverse voices on its creative team, including directors Emmanuel Adjei (the film Shahmaran), Blitz Bazawule (the film The Burial of Kojo), Pierre Debusschere (Mine and Ghost videos for Beyoncé), Jenn Nkiru (BLACK TO TECHNO film), Ibra Ake (creative director and producer on This is America video for Childish Gambino), Dikayl Rimmasch (CACHAO, UNO MAS film), Jake Nava (Crazy in Love, Single Ladies, Partition videos for Beyoncé) and co-director and long-time collaborator of Beyoncé, Kwasi Fordjour. The list of additional co-directors and second unit directors adds to the crew’s global representation, including Dafe Oboro, Julian Klincewicz, Derek Milton, Meji Alabi, Joshua Kissi, Alexandre Moors and Deon Van Zyl. Filmed in various locations, the film’s cinematography captures beautiful people and landscapes across continents, starting in New York, then Los Angeles, South Africa, West Africa, London and Belgium.
By Buzz Life NewsJuly 29, 2020TrendingLeave a Comment on M-NET brings Beyonce’s Black Is King film