Lindelani Mkhize honoured with a doctorate of Philosophy in Community Development 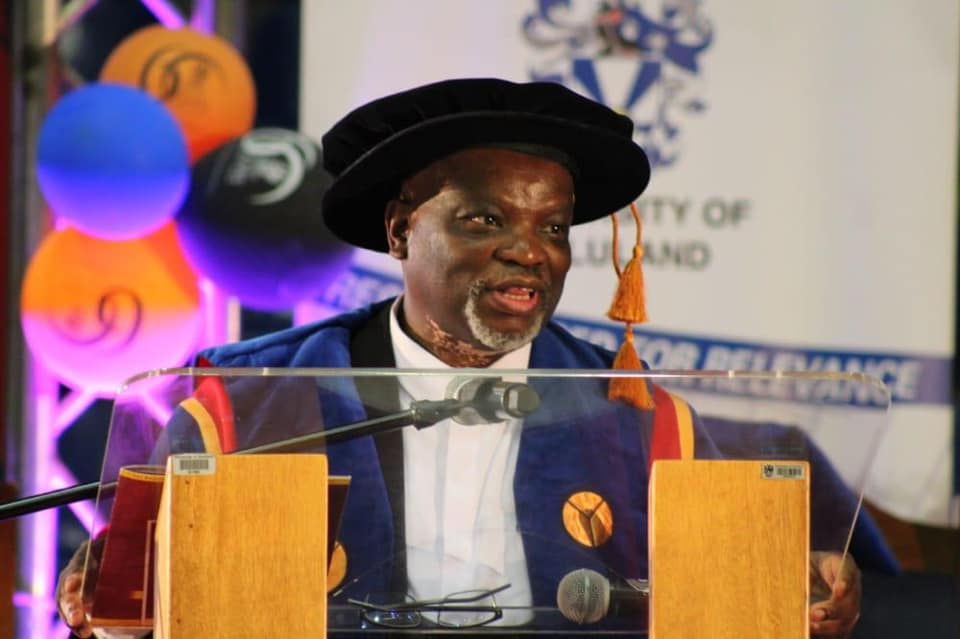 African Gospel maestro Lindelani Mkhize has been honoured with an Honorary Doctorate of Philosophy in Community Development from the University of Zulu Land.

His great leadership and mentorship has led to the development of many musical stars which has redefined the sound of contemporary gospel within the African continent whilst striving with excellence in showcasing this sound to the world.

Dr Lindelani’s jurney in music begins in the church where he was a drummer in Umlazi Township. After completing high school, Mkhize went to the University of KwaZulu-Natal where he learned to fine tune his craft and passion for music. It is there where he began to understand the intricacies of music and this enabled him to broaden his perspective to other genres outside of gospel. His first professional job was on the highly respected production of Wagner Lohengrin at the popular Durban Playhouse. This experience was one of the building blocks to his illustrious career and it is where his skill for conducting was apparent.

Soon after, Mkhize made a bold move by relocating to Johannesburg to establish himself further in the  music business. In 1995, he was headhunted by Sony Music International to start and run their very first office in South Africa. His mandate was to establish and develop the African chapter.

Immediately after assuming the position, Mkhize had signed some of South Africa’s heavy hitters in jazz including music legend Hugh Masekela, opera-talent Sibongile Khumalo, Caiphus Semenya and Don Laka amongst many others; breathing new life into the Sony music catalogue.

Mkhize also tapped into kwaito music, which was a burgeoning sound at the time. He orchestrated the signings into Sony Music, some of the genre’s most prolific artists which include Mdu and Joe Nina.

His tenure at Sony Music saw the formation of Joyous Celebration, a Gospel music Concept he started with  his two close friends, Jabu Hlongwane and Mthunzi Namba. The of this new creation was to  empower and grow young talented gospel singers. The South African audience as well as audiences beyond the borders of  the country, embraced Joyous Celebration.

Joyous  has since established  itself as the prominent pioneer of new sounds and new ways of doing things in the Gospel music space. There is literally no Award they have never won in the music space over the years.

In 2012, Mkhize opted for a change in scenery when he moved to Universal Music Group where he was appointed to act as Group Executive Director for the Sub-Saharan Africa division.

In 2013, seven Universal artists won awards at the Metro FM ceremony and the record label racked a total of 32 nominations at the SAMA awards. This demonstrated Mkhize’s ability to spot and groom influential and impactful talent.

Mkhize spread his wings into television by producing and directing popular shows like the SATMA’s (South African Traditional Music Awards) and he was instrumental in the creation of reality shows like “I Want to Sing Gospel” and served as a judge in a Television Choir Competition, “The Clash of the Choirs”.

Through his company, he has also helped bridge the gap between South African and American gospel singers by bringing the likes of Kirk Franklin, Cece Winans, Yolanda Adams, T.D. Jakes and Kenny Lattimore amongst others to perform alongside local artists.

Mkhize has established himself in the arena of business as he currently holds the title of Chairman of Contento Group, a media company based in Johannesburg.

He has also gotten involved in the hospitality sector with part ownership in restaurants and tourism spots within South Africa.