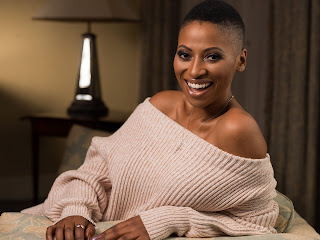 In commemoration of the upcoming Women’s Month, the South African State Theatre (SAST) is thrilled to present virtual music concerts with Sibongile Khumalo and Zonke Dikana.

The two concerts are included in the mix of SAST’s Season 03 of online streaming service which already boasts a diverse billing.
Zonke’s show, Live in concert with Zonke Dikana, will premiere on Women’s Day, 09 August 2020 at 15:00, while Mama Sibongile Khumalo’s concert is set to wrap up the celebrations on 30 August 2020, 15:00.
With now five studio albums under her belt, the multiplatinum selling Zonke is proving to being an unstoppable force. Her recent album, LOVE(2018), was certified platinum in November last year. Hit records such as Feelings, Jikizinto, Nameless and many more in her enchanting discography, have a reputation to keeping audiences on their in her sold-out affairs. 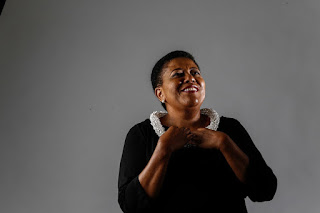 Mama Sibongile Khumalo is a living legend and a national treasure. Leveraging on her ‘first love for stage,’ time and again the State Theatre borrows her in a bid to celebrate her while she is still alive and to remind the nation of its fortunes.

Last year, the National Order of Ikhamanga in Silver recipient was cast in Kwanele, a production based on the wake of 2019’s xenophobic attacks and GBV written and directed by award-winning playwright Aubrey Sekhabi. Khumalo featured with the team for the premiere of Kwanele in Angola and throughout the homecoming run at the State Theatre.
SAST reiterates its denouncement of these horrific acts of violence and send heartfelt condolences to the families of all those we have lost and wish recovery for survivors.
In this encounter Sibogile Khumalo will be performing LIVE in an empty 1300-seater Opera Theatre but streamed on SAST online channel.
SAST acknowledges the announcement by the Minister of Sports, Arts and Culture, Honourable Ministers Nathi Mthetwa giving arts and culture spaces a green light to open under level 03 of Covid-19 lockdown. The theatre however remains closed to safeguard the lives of its stakeholders but continues to appraise the situation to explore the viability of reopening for audiences.
Fans can stream both concerts on the SAST’s online channel from the comfort of their living rooms. Women’s Month this year will be observed under revolting conditions when our country and the global community is witnessing a surge in femicide and Gender Based Violence (GBV).
Tickets can be purchased at Webtickets from R70.
Pictures: Supplied
2020-07-26
Previous Post: Angie Santana is all about Money
Next Post: Getting to know Mali Soul