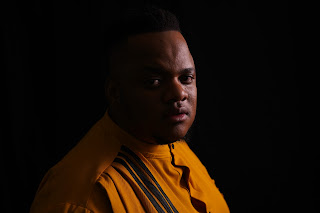 Coming straight from Mthatha in the Eastern Cap; Mali Soul’s journey has not been an easy one. It is a typical South African story filled with poverty but with some very interesting twists.

Growing up in hardship and hustling from an early age is what Malizole Mafofo better know by the stage name Mali Soul became accustomed to.

Stepping up as co-breadwinner for his family at the tender age of 15 years after the death of his father and bringing money home is all he knew.

Having to keep his grades up was his main focus which brought him to his first job working at a funeral parlor.

“My first job and working with the departed is what assisted me in maintaining my roots in my culture. I was preparing bodies for their next life,” he says.

“It was not a choice but the only option I had as we were trying to survive,” he adds.

He was a teenager when he started working at the mortuary.

“My focus was to put bread on the table,” he says.

“In the beginning; I had some really bad nightmares. I would wake up at night thinking that I couldn’t go back there the next day. But with prayer, I overcame those fears,” he says.

Mali says he didn’t have a ‘normal childhood.’

“I didn’t get a chance to play with other children because of the situation at home. A lot of people I knew didn’t know the kind of job I was doing. It was all I could do at the time,” he says.

Growing up he was fortunate to meet and hang out with some artists in his spare time which grew his love for music.

Recording the album titled Amakhaya was something that surprised everyone that was in the studio that day, including himself.

“We had laid the instrumental tracks with the musicians on Monday and Tuesday. So the vocals, backing, and lead were supposed to be done the rest of the week. You would normally do about 3/4 songs a day depending on how your voice was feeling,” he says.

Mali took almost seven hours to finish putting down the vocals for this 13 track album.

“I had waited so many years to record, so I had to make the most of this opportunity. We started recording track one and I was feeling good then track two and three, it was now 18h30. When the engineer asked if I wanted a break, I was ‘No let us carry on and see how far we get before my voice gives in.’ Well, we finished the whole album by 20h30,” he says.

Mali Soul feels he was being guided through the process by his late father and God.

On this album, Mali has worked with Mano Simeli as MD, the musicians from “Band of God (B.O.G)”.  Other contributing producers were Sabelo Sithfungo, Jaziel Brothers, Sibusiso Majiza, and Siyabonga Hlekani.

“Every track on the album is very close to my heart but I’ll single out Akasekho” as it narrates the whole story of my life. Once people listen to it, they’ll have a clear picture of who Mali Soul is,” he adds.

By Buzz Life NewsJuly 26, 2020TrendingLeave a Comment on Getting to know Mali Soul