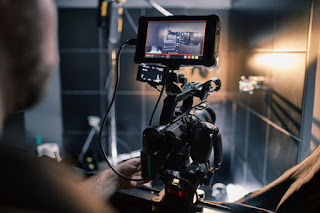 A few weeks ago, former employee of production company, MiclnGrace Studios came forth to expose the company of tax evasion and unfair labour laws.
This sparked several other reports alleging that the producers of Liarholics Anonymous exploited their staff members and were nothing but a sham.
In the reports, MiclnGrace Studios was accused of tax evasion, theft of Covid-19 UIF funds and unfair labour practices.
In a recent statement released by MiclnGrace Studios, they claim none of the allegations are true and that “the stories were produced to harm the company by disgruntled former employees and are far removed from the truth and genuine journalism.”
They claim that the allegations are “aimed at damaging the business reputation of MiclnGrace Studios and its management.”
“MiclnGrace Studios wishes to categorically state that the accusations featured in those publications are slanderous and vindictive, with a self-explanatory agenda to tarnish the good reputation of the company,” the statement reads.
The production company came to their defense as listed below:
1.Concerning unfair dismissals and all labour-related issues, the company’s human resource and legal departments can confirm that the CCMA has not found the company guilty of any unfair labour practices to date.
2. In the matter regarding the alleged theft of TERS money, our accounting department can confirm that every current and ex-eligible employee has been paid what was due to them for the months in question. When MiclnGrace Studios finally received the UIF funds two months after application, the company was in the middle of film production, TV series Liarholics Anonymous which caused a few days slight delay in payments.
3. Due to the seriousness of these accusations and its implications, MiclnGrace Studios’ legal department has engaged in legal recourse by opening criminal cases against all entities and individuals who have infringed the company’s reputation and privacy. Civil action will also be instituted against those who have caused the company to suffer irrevocable damages by contravening their contractual obligations and defaming the company’s and management’s good reputation. 4. Micl Snr and Grace Norman are individually pursuing legal recourse regarding the gruesome smear campaign against their persons.
5.We would also like to put on record that the company has not moved; we are still operating at our same address. The malicious and false allegations that we have vacated our offices and the directors are nowhere to be found are lies.
6. Regarding the allegations of tax evasion, the South African Revenue Services has never informed us of any such tax irregularities. We want to clarify that due to Covid-19, the company had to go through restructuring temporarily, shutting down certain departments and leaving only the film production component of the business. Communication was relayed to all those who were affected by these temporary measures. We are a 100 percent black-owned film studio, with a 100 percent African workforce. Co-owners Micl Snr and Grace remain committed to their mission of growing our local film industry and providing a conducive working environment for all positive-minded individuals and entities that share the same vision to see the South African film industry prosper.
Pictures: Freepik
By Buzz Life NewsJuly 19, 2020TrendingLeave a Comment on MiclnGrace Studios responds to allegations of tax evasion and unfair labour laws