Star on the rise: T-Love releases EP featuring some of Mzansi’s best 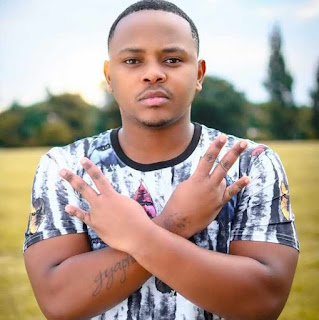 He recently released his six-track debut EP titled Afro Piano.
Thandolwethu Mangwana, 24, known by stage name T-Love is on the rise to stardom.

The extended play record features DJ Bucks of former group Uhuru, Mariechan, Alakhe, Something Soweto, Donald, and Main Man and is inspired by his love of Afrohouse and Amapiano sounds.

The Port Elizabeth born prodigy to music executive and DJ Mobi Dixon says this is the break he has been waiting for since he started making music in his teens.
“I have learned that hard work pays off and music is about dedication and not just about the fame,” he says.

Although he is new in the game, he has produced hits for an array of artists.
“The first song I ever did that blew up was Unobenga by Professor,” he tells Buzz Life.
“It was about someone who’s been putting everyone in trouble, but people can expect more me,” he says confidently.
T-Love lost both his parents at a young age and that encouraged him to work hard on his dream.
“I have two sisters and younger brother. When my parents passed away, I was forced to grow up fast,” he says.
Living with different family members taught T-Love independence.
“When I believe in something, I stick to my guns,” he says.
After completing Grade 12, T-Love did what every music lover did and he “hustled.”
“I hustled doing shows and beats in the neighbourhood for aspiring and established musicians. And look at me now.  I am here to stay,” he says.
T-Love sees himself as a businessman running his own empire.
“My vision is to create more jobs for people and to spread love through music,” he adds.

Its finally out on all digital platform fam…here is the link below https://SonyMusicAfrica.lnk.to/TLAP… enjoy 🙏🙏🙏