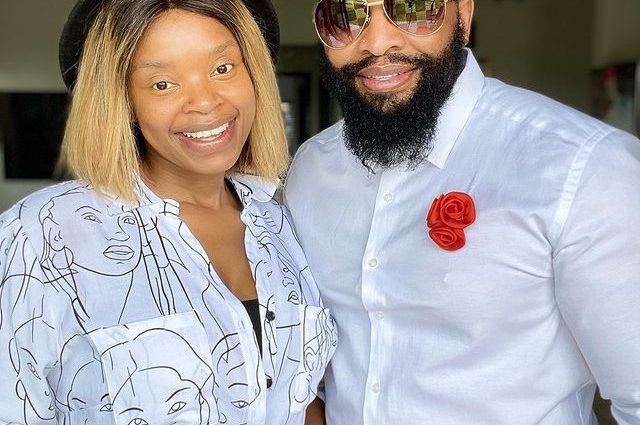 It has been just under a years since she announced her separation to husband Thierry Bashala. The couple has been together for eight years and married for six years.

The author, activist and mom of four took to social media to express how she dearly loves her husband but was on a quest to getting her ‘groove’ back.
“Over the years, I’ve continued to fall in habit and have tied my sense of worth to things outside of me and placed it in the hands of others. Leaving someone you once loved, reaffirms your strengths, it leaves you feeling more liberated and forces you to look into yourself and to move on even when you’re more comfortable staying in a relationship that leaves you feeling invisible and undervalued,” she wrote.

About a month ago, Zoleka showed off a mystery man who she claimed was a “special friend” in her posts on social media. She has recently come clean about dating the guy.

“OMG! I would never date a Xhosa man. OMG! I would never date a male version of myself. Never, shem!” she wrote.
“Zoleka a few months later. OMG! Xhosa King aka @king_mayweather_cana_tbe What have you done to me! Like, actually date me forever! I don’t care what I said a few months ago, the Devil is such a liar! You’re so full of crap like me, stubborn AF, sexually inappropriate and temperamental like I am,” she said.

“So self sufficient, and an a**hole like me to those that need to very quickly remove themselves from my orbit. Like me, when you’re done – you’re really done and so incredibly bossy too. You love and feel just as intensely as I do, hot and sexy AF (all the time) and are pretty much everything you think and say you are, just like me. We both don’t like being told what to do, prefer our own company and act before we think! Now the world must pray for us because, like OMG!!! AYEYE!!! #uTekkieNoSlamba“

Here are some interesting facts on her new bae:

2: He comes from the township of Mdantsane in the Eastern Cape.

3: Leeroy has appeared on a couple of TV shows and a handful of adverts.

4: The handsome 37 year old is a fine artist, he painted the infamous Bonang Matheba jacket once worn by a fan. He has in the past painted jackets for Zahara, Vusi Nova and Connie Ferguson.

5: For the most part of his life, Leeroy lived in Cape Town where he studied university and later moved to Johannesburg to pursue a career in acting.