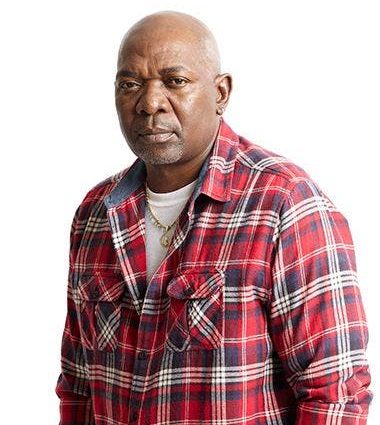 Today, the family of Menzi Ngubane announced his death at 56 years old.

In a statement they wrote, “It is with great sadness that the Ngubane family announces the passing of its son, acclaimed actor Menzi Ngubane who passed away earlier today. The 56 year old award-winning actor passed away due to stroke at home.”

“Menzi is survived by his wife Sikelelwa and two daughters.
Over the past ten years, the Ladysmith born actor spent much of his time in trying to demystify issues relating to kidney disease and sugar diabetes while promoting positive lifestyle changes needed to cope with the diseases.”

The statement goes to say, “Between 2010 and 2015, Ngubane’ s numerous struggles with kidney failure resulted in him being placed in a kidney recipients list and  ultimately received a donor ensuring he continued and sustained his acting career until recently.”

Over the subsequent years, Menzi has spoken openly about his health problems and worked hard in spreading the word about kidney disease.
His acting spans more than three decades and his big break in the industry came with a breakthrough role as Cijimpi on Kwakhala Nyonini.

His last prominent role was as Judas Ngwenya in Isibaya in 2020.
Ngubane will be sorely missed by his fans and the industry at large for his professionalism and dedication to the industry. He was a sought-after actor who is respected both locally and internationally.

“As a family we wish to thank everyone for their continued and sustained support and the prayers for our beloved son whose battle with kidney failure & sugar diabetes had become an open secret over the years. We wish to mourn the passing of our beloved son in private and will communicate the funeral and other arrangements in due course,” said the family spokesperson.