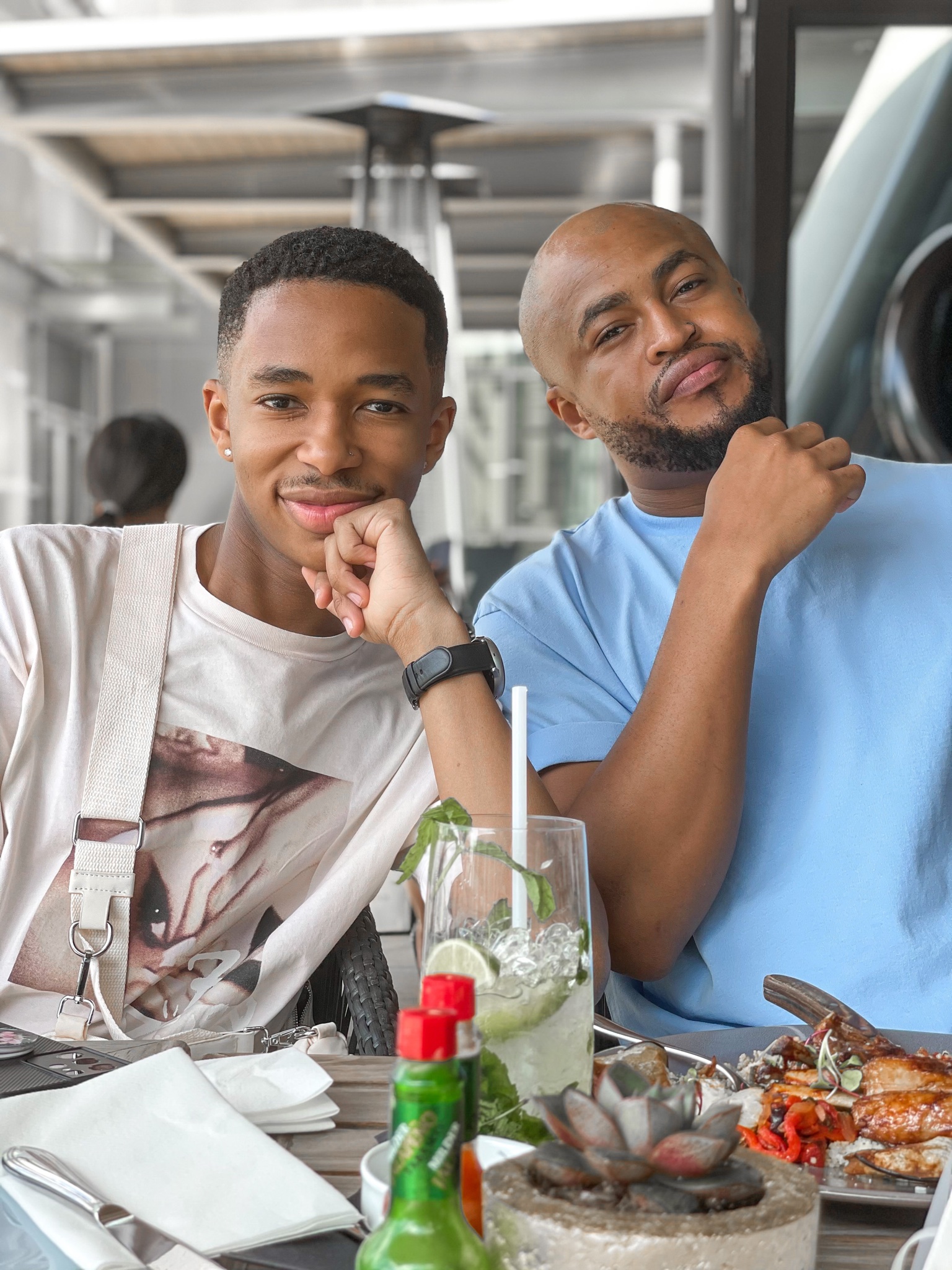 Influencer and reality show star Lasizwe has also found love.
For a few years, people were speculating that he and TV presenter Cedric Fourie were an item. But they both said that their relationship was purely platonic.

A close friend to Lasizwe has confirmed to Buzz Life News that the new guy Lsizwe has been posting on his social media is in fact his new boyfriend Asiphe Awonke Piliso.
“They are dating for real, it’s not a publicity stunt.”
According to the friend, the financial advisor boyfriend and Lasizwe have been seeing each other for some time now.
“This relationship is not new-new, but maybe with the Valentine’s spirit in the air, they decided to come out, angazi (I don’t know). But they seem to be genuinely having fun and enjoying each other.”

Asiphe is based in Mthatha in the Eastern Cape and visits Johannesburg often. “It’s a long-distance relationship, yes. I just hope it lasts,” she says.

Another friend says, “Asiphe is visiting for the Valentine’s weekend.”
“He arrived a few days ago, I think. But he comes to Joburg often. He has many friends and family members this side, but he spends most of his time with Lasizwe.”

Last year, Lasizwe announced that he had given up on love.
“I have come to the conclusion that I want a situationship and not a relationship.”
“Basically, I am here for a good time not a long time because I excel with flying colours in a situationship and the best part is the trading hours set up that comes with a situationship,” wrote Lasizwe.

He then followed with a series of Tweets about advice he received from a friend.
“Yazi I remember a friend of mine telling me to stay away from his ex because he is bad news and it will all end in tears. Kanti my friend was just finessing me so he could go back to his ex. They happily in a relationship right now. So happy for them,” said Lasizwe.

You have good taste. https://t.co/Qai5rFiONz

Once it’s on social media it always ends in tears. pic.twitter.com/FUm0I4SgX7

Go on rub it in our faces..When it ends in Heart aches💔, Allow us to rub it in your face too akere Laz boo😕😕🤷🏻‍?? Ska de-active’r your Account Papa. pic.twitter.com/qXFpjQpbGd