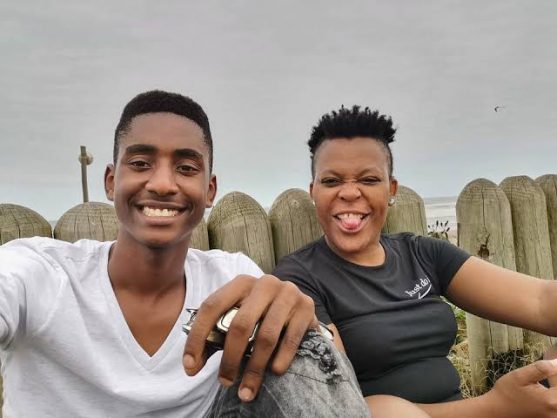 Zodwa Wabantu claims to have opened a case of theft against ex-fiancé Vusi Ngubane who she dated for almost a year.
Late on Monday evening, Zodwa took to social media and claimed that Vusi is a fraudster after he posted a picture of himself receiving a new Audi.
Zodwa claims he got the vehicle under false pretenses and using her name and has laid a charge at the Empangeni police station.
“I am not scared of you. Listen here, the police are looking for you. I can see you still you want me. I have proof, you are a fraudster, I have a case against you. I can’t believe I dated a fraudster, why are you so angry?”
She also claims she funded Vusi’s lavish lifestyle, buying him expensive sneakers from overseas, phones, and a watch worth R18,000.
“I paid for everything, even the polo neck he is wearing,” she exclaimed.
Vusi has however denied claims of theft and fraud, saying no car was brought under anyone’s name and that Zodwa was going through a lot at the moment.
“I remain committed to helping her heal, as a friend. I have never used my Twitter account prior to this, decided to do so to encourage everyone to send love, compassion and light to Zodwa.
“Whilst I understand that controversies find space in social media, I hope you will be kind enough to share a message of compassion instead of strife.”
Picture: Vusi Ngubane

The reason Zodwa Wabantu is about to trend 😂😂pic.twitter.com/9KWCDbMOEt

It would’ve been so reckless of Audi to deliver a car to a wrong person, Zodwa is not written there 🤷🏽‍♂️😊 pic.twitter.com/EDb5fsZVaP

Is it not this no name black market alcohol that people are drinking…what's going on here?? #zodwa pic.twitter.com/6sZVasr6Gj