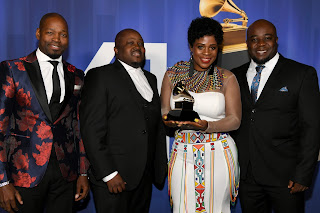 The Kol- King of Love album which is Kizz Daniel’s third body of work and his second on self owned label Flyboy inc, went live on all digital platforms on the 25th of June 2020.
To date the album made headlines with reaching more than 40 million streams across all platforms. It has also reached more than 18 million streams on Audio Mack within the first 3 days.
With his single Ada off the KOL album trending in Nigeria and the UK as well as on all social media platforms with the #adakolchallenge. His prolific track record of not releasing any bad song since his introduction into the Nigerian music scene with his Platinum hit love song Woju has earned him the nick name Vado d’ great. This body of work is immaculate.
Previously, Kizz Daniel on his social media advised his fans to change the world by being good at all times.
“Today in the spirit of Jaho, go change the world for good by being your self provoke them with happiness and thanksgiving. This record got here to me in my dream, a message from essentially the most -high. This is my Christmas gift to my fans across the world.”
Kizz Daniel’s effort towards uniting Africa by inviting South African Grammy award-winning choir, Soweto Gospel Choir to do a cover and further the message by adding a variety South African languages to the single Jaho was successful. See the links below to watch the cover as well as download the KOL- King of Love‘s album on all digital platforms.
By Buzz Life NewsJuly 25, 2020TrendingLeave a Comment on Soweto Gospel Choir performs on Kizz Daniel’s album