Babes Wodumo on her new album: ‘I’m not competing with Amapiano. I’m on my own lane’ 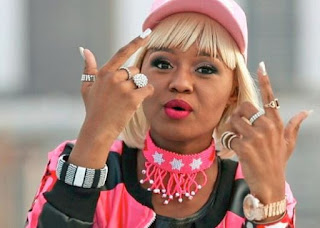 The self proclaimed Queen of Gqom Babes Wodumo real name of Bongekile Simelane, 25, is back with a new album, titled Idando Kazi.

She is here to reclaim her throne reminding us that Gqom is still relevant.
The 13-track album is so packed with hits, that feature her business partner and boyfriend Mandla “Mampintsha” Maphumolo in all 13 tracks.
“I’m not competing with Amapiano. I’m on my own lane. I’ve always been on my own lane,” she tells Buzz Life News.
“There’s enough room for every one in the game,” she adds.
“When Hip-Hop music plays; you don’t see people shutting off the R&B, it the same with Gqom and Amapiano.”
Babes says she is happy people have received the music well, all she hopes for is for people to continue to support her as she involves into a new person.
“I love the person I’m becoming. I’m becoming mature and g my brand and my business to new heights. I want my fans to join me in that journey,” she says.
Picture: Babes Wodumo/ Instagram
2020-07-25
Previous Post: LOL! Sjava’s throwback picture is a must-see
Next Post: Soweto Gospel Choir performs on Kizz Daniel’s album