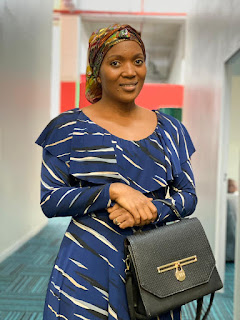 Multi-talented, KZN actress, singer, and dancer Brenda Mhlongo is no stranger to the performing arts. Having played the character of Rafiki on the Broadway smash-hit The Lion King, the talented entertainer is joining the e.tv Family as KaMadonsela a role previously played by Fundiswa Zwane on the channel’s late-prime drama Imbweu.

Brenda makes her on-screen debut on Monday, 27 July, at 9.30 PM alongside an array of other well-known faces.
Already a viewer favourite, the character of KaMadonsela is currently at a crossroads as things head towards reaching a boiling point between her, MaZulu, and Thokozile.
A ritual that’s gone wrong and a trail of betrayal will all linger as heavy as thick smoke in the air for her. Watched by over three million people daily, Brenda cannot wait to contribute to the proudly South African storyline.
“It’s been one of my dreams to work in my home province. In addition to working in Johannesburg, I’ve also worked overseas for years, so having this opportunity to come back to my city and be a little more settled is like a full-circle moment for me,” she tells Buzz Life.
“The character of KaMadonsela is another exciting factor for me because I love being challenged with any role I have to play. She’s umam’umfundisi (Pastor’s wife), which is someone who would have completely different qualities to who I am in real life. To have the chance to experience that contrast and bring the character to life how I see fit has been quite the experience,” says Brenda.
Helga Palmer, e.tv Head of Local Productions, said, “e.tv wishes Brenda a journey with the eFamily that is filled with enthusiasm, growth, and tons of fun. Welcome to Imbewu.
By Buzz Life NewsJuly 24, 2020TrendingLeave a Comment on Brenda Mhlongo takes over from Fundiswa Zwane as KaMadonsela on Imbewu