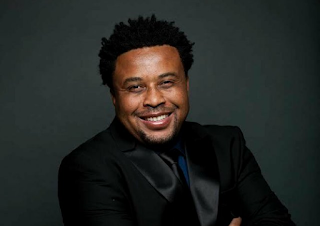 DJ Sox, real name Mbusi Sokhele recently announced that he has been hospitalised for Covid-19 and healing gradually.  He has since been discharged from hospital and back at home.

The KZN DJ recently took to social media with his journey of fighting the virus and how quickly it took over his body after testing positive.
“It’s been quite a while since I’ve posted. But I just thought let me just check in and give an update. I am in hospital, but I am actually okay now,” he said.
“I’m in hospital guys for Covid-19. I’ve got lung infection and pneumonia on both lungs – with one lung more severe. I’ve been in this hospital for quite some time and I just figured let me share because I’ve been getting phone calls and others already found out that I am sick. Guys, I was really sick, like seriously sick.”
The NgiphetheIzinto DJ said he contracted Covid-19 while on his way to a gig in Johannesburg from Durban where he stayed at a hotel.
“My biggest problem was that I couldn’t breathe. I had a massive fever and I lost my sense of taste and smell,” he said.
“I was seriously sick. And then, I had this episode where I collapsed in the bathroom. There was a point where I was afraid to sleep. I asked my wife to ensure that I don’t sleep because I was afraid I wouldn’t wake up.”
It was after being hospitalised that he started to feel better and felt hopeful again.

Tonight I’m sleeping in my bed💃🏿🕺🏿😴 🛏. Thank you God for healing Me🙏🏾 Thank you to the nurses for taking good care of Me❤️❤️❤️❤️

My encounter with COVID 19

2020-07-24
Previous Post: Brenda Mhlongo takes over from Fundiswa Zwane as KaMadonsela on Imbewu
Next Post: LOL! Sjava’s throwback picture is a must-see