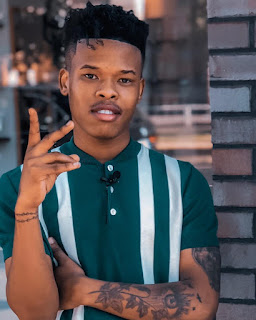 No one gets the crowd going quite like South African rapper Nasty C.
Following an impressive start to the year after signing a new deal with iconic Def Jam Recordings, today the superstar stunned fans with an announcement on Instagram that he just went one better and added acting to his arsenal of talents, with a cameo role in the highly anticipated Netflix African Original Young Adult series, Blood & Water.

Speaking on his organic move into acting, Nasty C said, “It’s insane! I’ve never really acted before and even though I was being myself by making music, it was a crazy experience. I’m super proud to be a part of the Blood & Water soundtrack. There’s some dope artists included as well and the series is really made for the youth, which I’m excited about.” On his role on Blood & Water, he added, “My character is KB’s (Thabang Molaba) producer who helps him put together really cool tracks. This is what I do every day and so it was a natural role for me.”

The 6-part series, directed by power-house Nosipho Dumisa, is a gripping story of betrayal, first love and, of course, mystery as we follow young, ambitious Puleng Khumalo (Ama Qamata) on a search for her missing older sister who was abducted at birth.

By Buzz Life NewsMay 13, 2020UncategorizedLeave a Comment on Nasty C on his acting debut in Blood & Water