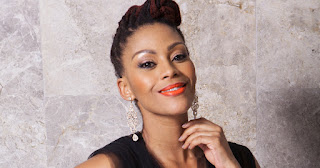 Singer, actress and Sangoma Letoya Makhene, 34 recently hinted on her Instagram that she might be back on-screen shooting for a new show, but she didn’t want to give out the details.
“I’m the luckiest girl in the world. After a restless night’s rest because of anxiety over my first day on the set of… hehehe… not telling!!!  I walk into my dressing room to find these (flowers),” she wrote.
While everyone thought she had been killed, Tshidi had faked her death and was in hiding.
Generations – The Legacy publicist Nandi Phantsi confirmed to Buzz Life that Letoya has indeed returned.
“We are happy to have Letoya back. Her departure was based on personal reasons known to her.”
Letoya will be returning to the screen on 1 June 2020.
.

By Buzz Life NewsMay 8, 2020EntertainmentLeave a Comment on Letoya back on screen