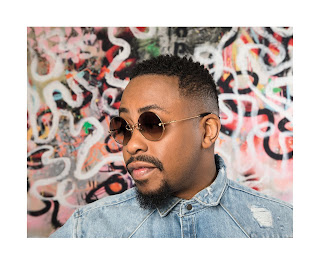 Raheem’s lead single, “Don’t Come Easy” is currently the #4 R&B song in the US.

Three-time Grammy nominated recording artist-songwriter and producer, Raheem Devaughn releases his highly anticipated sixth studio album, “Decade of a Love King”.  The album is available now via all digital platforms.  Raheem is currently enjoying the success of the chart-topping #4 R&B single in the US, “Don’t Come Easy”.  The second single lifted from the “DOALK” album is the infectious “What It Feels Like”, written by Raheem Devaughn and produced by Wendell “Mista Grinch” Hanes and “Jazzy Yo” of Volition.

This album right here is hand-crafted to impregnate the world…bring people together. I’m here to be one of the greatest of my generation. And that’s not based on album sales and hype, or what reality show I’m on. It’s purely based on the music, based on the culture…and based on style and grace. I’m growing up not only musically, but personally. It’s kind of like the story of the phoenix rising…I’m coming out of the fire”, mentions Raheem.

Raheem Devaughn is gearing up for his upcoming International tour kicking-off early 2019 which will include 1 show in South Africa.  “The Love King” himself, can be seen in a comedic role in the upcoming film “Lovedotcom,” as well as continuing to focus on his Love Life Foundation, whose initiatives include domestic violence, art and education, HIV/AIDS and the Text Book Scholarship for in-need students.