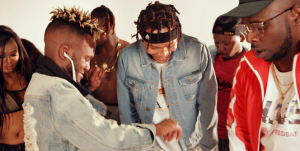 Picture: Supplied
As Africa counts down to the epic end-of-year celebration that is AFROPUNK JOBURG on the 30th and 31st of December, show organisers have added legendary performers and global DJs of note to the lineup.
Legendary members of South Africa’s music scene, Maskandi master Phuzekhemisi of KZN and Cape Town hip-hop pioneer DJ Ready D are new additions to the AFROPUNK Joburg lineup. Hip-hop hit maker Kwesta has also been added to the bill. What would a party be without DJs spinning the hottest sounds across genres, countries and eras? On the decks this year: Pretoria hitmaker DJ Maphorisa; France’s Anais B made such an impact at last year’s event that she is back to serve up more beats; also DJ’ing is TYGAPAW is a Jamaica-born/-raised, Brooklyn-based multi-disciplinary artist and producer.
One South African newcomer will get to join AFROPUNK superstars on stage at Constitutional Hill thanks to Joburg Battle Of The Bands, the public are encouraged to attend the finals on the 30th of November and 1st of December at Carfax and choose 2 winners from 8 finalists. Other AFROPUNK activities include
The Solution Sessions which will feature two founding members of the Black Lives Matter movement on the 28th and 29th of December.
Tickets for AFROPUNK Joburg are available via https://afropunk.howler.co.za/AP2018
By Buzz Life NewsDecember 13, 2018UncategorizedLeave a Comment on Kwesta, Phuzekhemisi, Ready D and Maphorisa join #Afropunk lineup