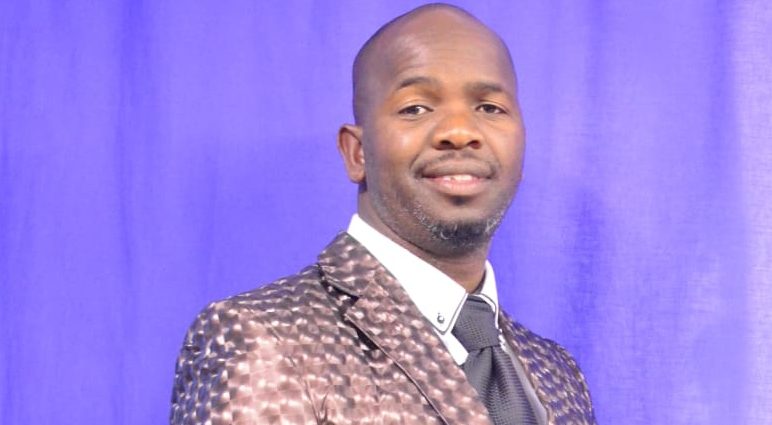 He is a rear breed. Lungile Mkhuzo is a security guard who is also a gospel artist. The 38-year-old from Port Edward, KwaZulu-Natal recently released an 11-tracked debut album he named Ithembalami.

The album contains every bit of his 38 years of living, all the joy and pain he’s known. The singer tasted the rough life of lack and poverty from a very young age after his mother died, leaving him to fend for himself. This pain brought him closer to God and inspired him to write songs to express his inner thoughts to God.

“The title of my album was inspired by the hard upbringing I grew up in dire poverty after losing my parents at a very young age. I had to start working in different places to put food on the table. I was ill-treated and starved by my very wicked relatives. In all that I had a dream and a calling to minister to others through gospel music,’ says the single father of two.

Recording the album was not a walk in the park for Lungile as it took him years to finally release owing to lack of finances and a heavy schedule as he had to use the little money he earned as a security guard to make sure his dream and calling to be a gospel start was fulfilled.

“I suffered ridicule and discouragement from many people I shared my dream with. They told me to focus on my job as a security guard as it was impossible for a security guard to become a recording artist. Some told me that the gospel industry was already saturated,” says Lungile who works for GP Security.

Lungile, who performs in funerals, weddings and other events when time permits, spent the last few years honing his craft as a musician by ministering in his church choir, at events and other gigs readying his material to be heard by the world.

He says his dream is to eventually leave his security guard work to be a full-time gospel music minister.

“Though my security guard work has put food on my table for years, my number one career goal is still to be a full-time gospel singer, no matter what I have to do to get there,” he says.

He says people should expect great things from him as God has entrusted him with a message that will change the lives of many.

“My mission is to spread the word in the song, and in so doing, be a blessing and help lead someone to Christ. My prayer is that the album would impact people’s lives, heal and inspire hope to those who need encouragement,” he says.

2021-04-13
Previous Post: Sne Zungu on healing through her music
Next Post: Enhle Mbali Mlotshwa on her divorce to Black Coffee: “The last five years have been filled with agony”