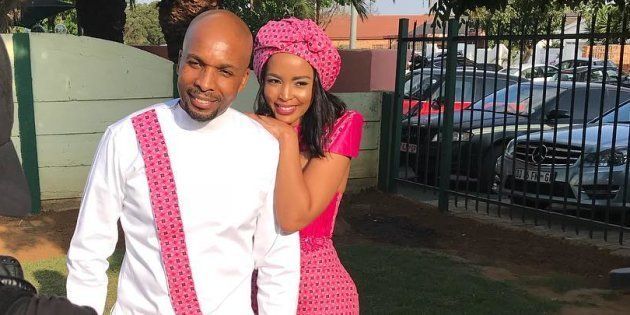 For weeks, there has been speculation around the separation of business tycoon Lebo Gunguluza and wife Lebo Mokoena.
Taking to social media, Lebo confirmed the separation from reality show star wife.
“There has been a lot of speculation around our marriage and separation,” he wrote.
“Yes, we have been separated for almost a year now, and our divorce is almost finalised. We remain good friends and co-parents to our son. I hope this brings clarity to speculation. Thank you.”


In 2018, the now estranged couple exchanged vows in a lavish wedding held in Mauritius in 2018. Attended by A-listers at the romantic and tropical hotel LUX* Grand Gaube.

The Gunguluza’s had their first child together, and Lebo became step mom to six other children from his previous relationships.