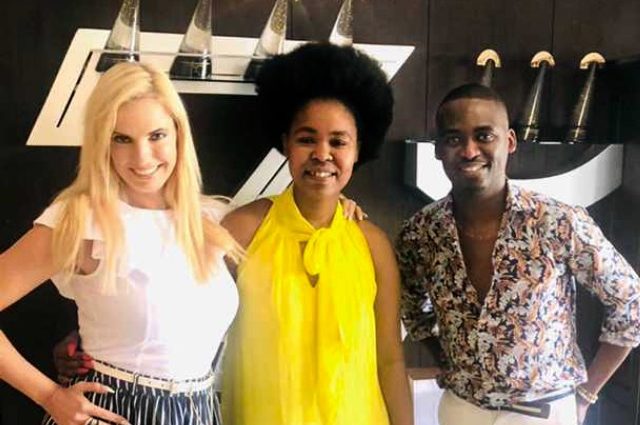 Christall Kay also known as Wonder Woman, reached out to Zahara to discuss a possible future collaboration. The two met at Zahara’s home in Little Falls, Johannesburg where they discussed possibly working together in the future. After a brief meeting, the stars enjoyed had a jam session.
“Christall is so pleasant, I could not turn her down,” says Zahara. “I really enjoyed jamming with her, she is something else.”

Christall has always dreamt of meeting up with the Loliwe singer and had to reach out prior to Zahara’s album release.
“Zahara exudes such a positive energy, I had to meet her. We discussed working together in the near future and I enjoyed jamming with her,” says Christall.

Bulelwa “Zahara” Mkutukana, 33 is almost at the finish line of her fifth album. Buzz Life News received this confirmation from her manager Oyama Dyosiba who calls the upcoming project “a piece of Zahara’s heart.”
“She has been working tirelessly on this project just to give a small piece of he heart. And, every one will be happy.” He could not reveal much about the project but fans can expect it in the next few weeks.