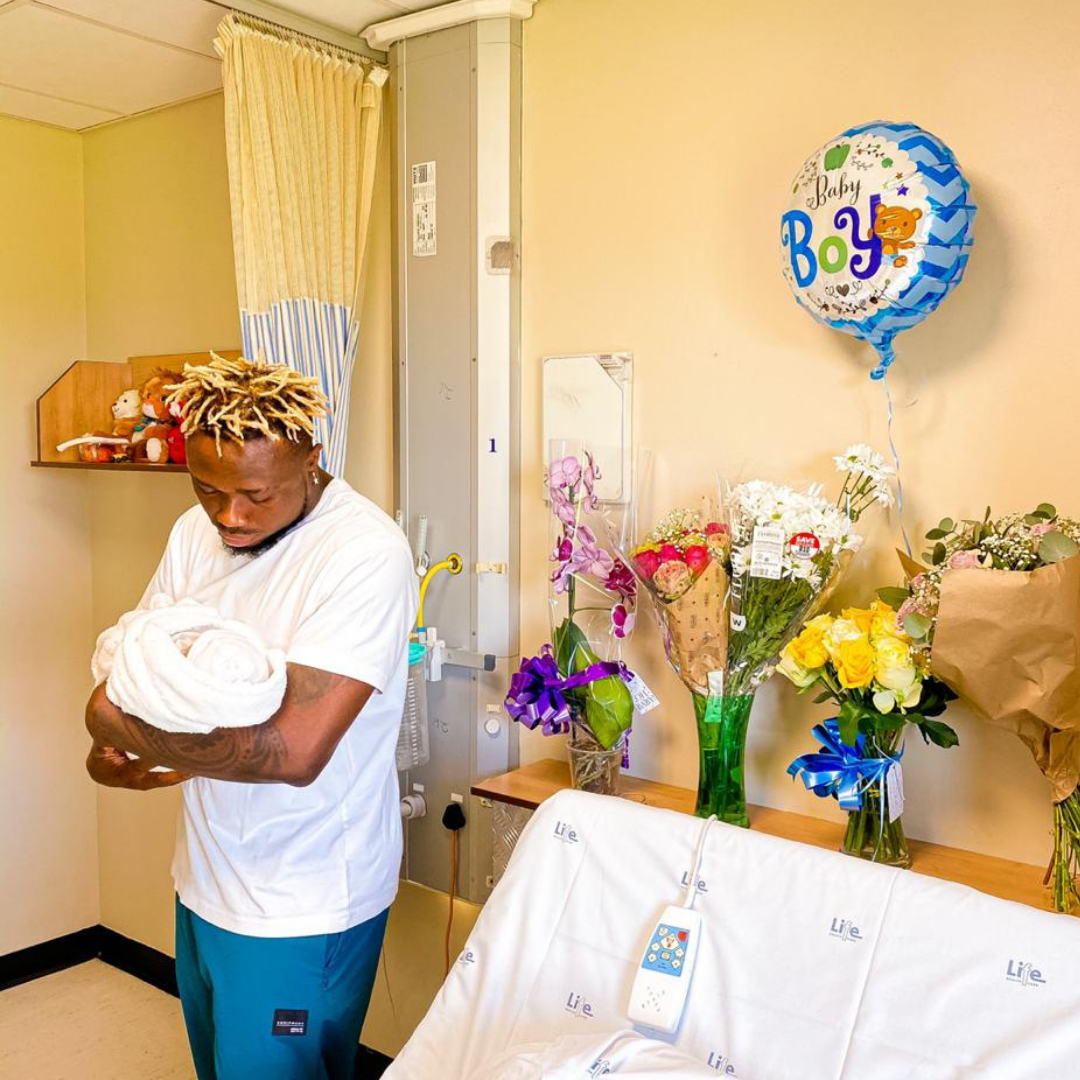 Monday morning in Johannesburg seemed like any other ordinary summer morning for Joburgers except for Mr Dutch who welcomed another brand-new bundle of joy. Named King Lunar Kelechi Ukpabi, he comes into Mr Dutch’s life just at the right time. Mr Dutch who collaborated with international superstar Burna Boy – https://youtu.be/q9BC5AXDz38, is the latest African Artist to have a billboard at the famous Times Square in New York City. The billboard was promoting his newly released track, Mamacita, and its official video.

King Lunar Kelechi Ukpabi joins his sister Briathi Uchechi Ukpabi who ushered Mr Dutch into fatherhood back in August of 2015.

My son just really put me into a permanent celebratory mood. My heart is full of joy, my family has its queen and its king. I am going to raise them the best way I know how – Mr Dutch.

The Times Square, New York City promoted Mamacita, was produced by Nigeria’s own Masterkraft and since its release, it has been trending on Audiomack and has been added to some of Apple music’s biggest playlists such as Today’s Hits (Apple Music Pop), Amapiano Lifestyle (Apple Music Dance), Naija Hits (Apple Music African), and many more.

Mr. Dutch’s upcoming project, Afro Cyborg is the fictional discovery of Mr. Dutch is almost ready to be released. According to Mr. Dutch, Afro Cyborg is discovering the different side of you, the fictional part of you that simply says you can do and become whatever you want to be. The video was directed by Nigerian director, Aje and he was able to bring a snippet of the Afro Cyborg vision to life.

2020-11-07
Previous Post: Shekinah drops ‘Tide’ as ‘Fixate’ hits number one on radio
Next Post: Gearing up to me Mzansi’s first gay president