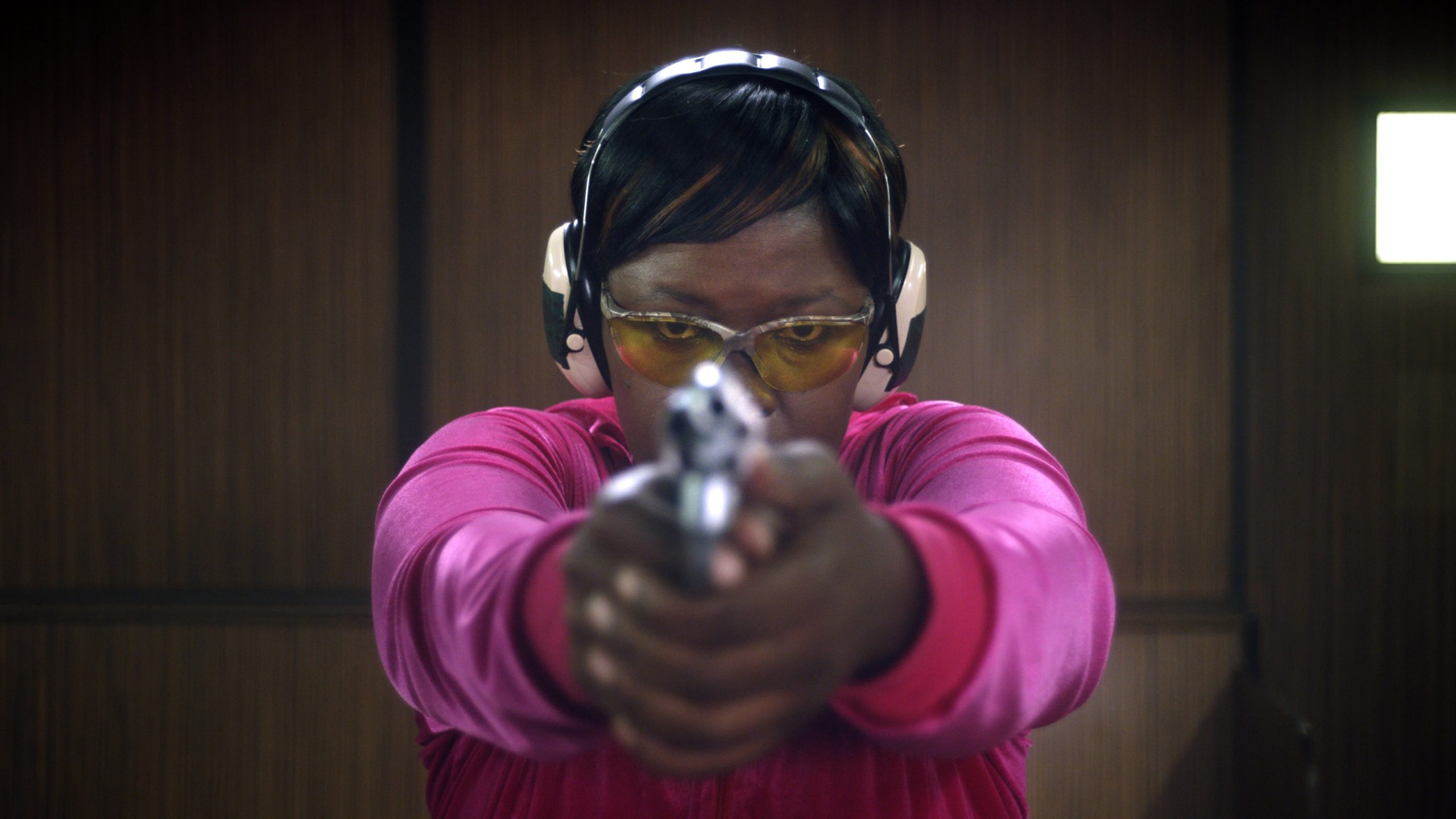 ‘Flatland’, a South African film directed by Jenna Bass, opens in cinemas around the country on Friday, 30 October, making it one of the first local films to bring fans back into cinemas.

The contemporary drama, which opened Berlin Film Festival’s Panorama section at the beginning of 2019, is a journey of self-discovery for three different but equally trapped women – a pregnant teenager (Izel Bezuidenhout), a young bride (Nicole Fortuin), and a cop (Faith Baloyi) – played out against the backdrop of the Karoo. The film is set in Beaufort West with its almost unnaturally bright and startling blue sky and the most haunting landscapes.

The life of lonely, middle-aged policewoman Beauty Cuba changes forever when she receives a call for help from Billy, her fresh-out-of-prison former lover, who has recently been re-arrested for the murder of a pastor. Beauty returns to her dusty hometown and quickly learns that this case is not as simple as she had thought.

The film had its North American premiere in the Contemporary World Cinema selection of the 2019 Toronto International Film Festival (TIFF). It has since been in the official selection for 21 international film festivals. ‘Flatland’ won the award for Best African Film at the 2019 Joburg Film Festival.

‘Flatland’ is the third feature from writer-director Bass, who also co-wrote the trailblazing Kenyan film ‘Rafiki’. “I have long wanted to make a western set in the Karoo,” says Bass. “I love the drama, action and locations of the traditional western. But the unwritten rule of westerns is that they are for men and by men. ‘Flatland’ is the opposite – it’s a feminist post-western.

“The main characters are women, each one of them raw and authentic in their own way. In making the film, we deferred to each of the actresses and encouraged them to ‘own’ their characters. The story delves into life in communities that exist on the margins, where there is a sense of the land returning to lawlessness, which is what made Beaufort West an ideal setting. It became its own character. The film looks at complex questions and injustices, offering no solid conclusions or happily ever-afters.”

‘Flatland’ explores social rifts through a genre mashup of western, police procedural and pure kitsch. A hard-boiled detective, Beauty has a penchant for velour tracksuits and flashy sunglasses. She’s also addicted to her favourite soapie ‘Generations’, with each clip in the film featuring a lovers’ spat about infidelity. There’s also a dreamy scene in a deserted bar where the two girls do choreographed dance to Smile.dk’s Butterfly (ayayai I’m your little butterfly).

‘Flatland’ was produced by South Africa’s Proper Film, with Luxembourg’s Deal Productions and Germany’s In Good Company, in co-production with Germany’s unafilm and ZDF/Das Kleine Fernsehspiel, and in cooperation with Arte. It was made in association with the National Film & Video Foundation of South Africa as well as the Hubert Bals Fund, the Berlinale World Cinema Fund and EAVE. It is distributed in South Africa by Indigenous Film Distribution.

2020-10-22
Previous Post: Health checks and treatment should be addressed even during COVID-19
Next Post: Katlego Maboe taken off air on The Expresso Morning Show