What’s all the hype around ‘Rotation’ Remix 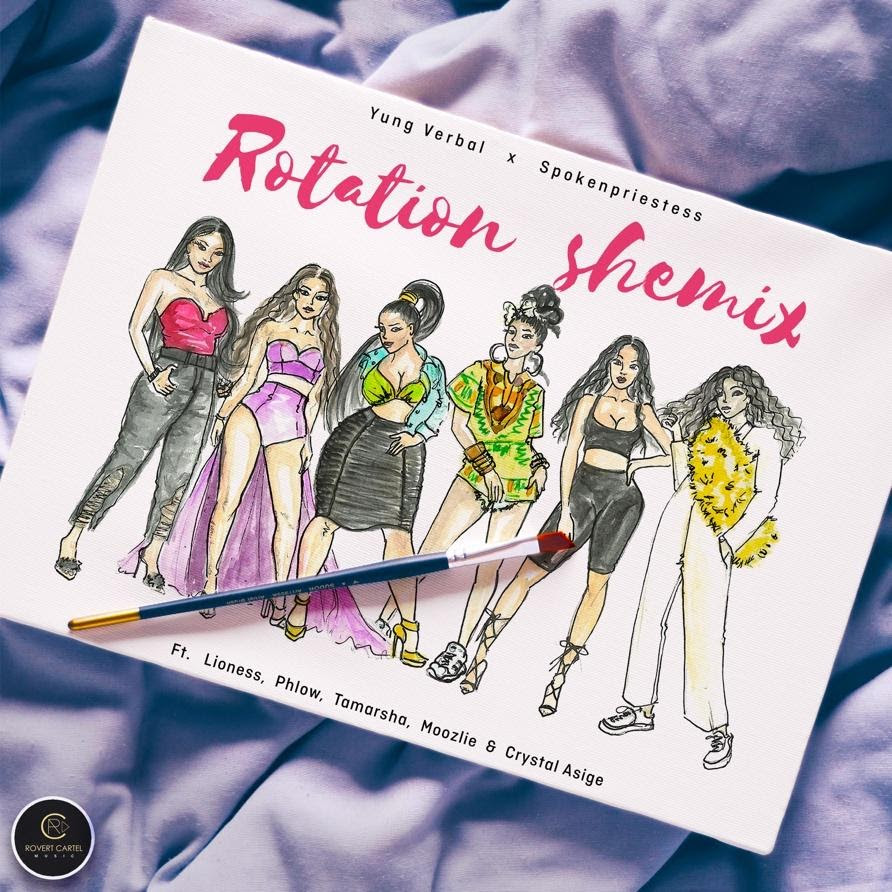 African born Afrobeats DJ extraordinaire, Spokenpriestess, released her first musical work with a Shemix for  Yung Verbal’s current hit track, “Rotation” recently which has been making waves across the continent.

Commissioned by the half South African half  Zambian rapper to give his hit single new life, the DJ gathered an all-star female cast from different corners of the continent to produce a kick butt anthem.

After a radio-esque announcement by Spokenpriestess, Lioness sets the tone with a punchy verse followed by Phlow who dishes a bossy dancehall inspired delivery. SA’s songbird Tamarsha adds her signature voice and catchy hook to the feat right before Moozlie rocks the party with her finesse. Crystal Asige sends off the song in a fierce checkmate delivered with sprinkles of Kiswahili giving us something to learn as we jam along.


Known for her passion for all things African, Spokenpriestess cements the song as the start of a bigger cause to create connections across the continent, particularly amongst womxn in the creative industry.

It couldn’t have come at a better time with the global shift focused on Africa and moreover  female talent over the past few months.