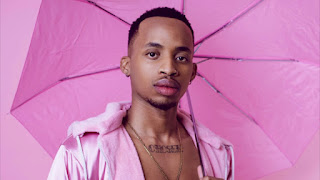 The year 2020 saw a global shift from the norm to the new norm that we currently live in due to the Covid 19 Pandemic.

A lot of industries have been affected but the most affected one has been the arts.
With the lack of concerts and minimal recording of new music artists had to come up with new ways of interacting with audiences as well keeping their music alive, thus the rise in digital concerts and more social media interactions by artists.
The Def Jam Africa signee Tshego isn’t less affected by the pandemic and has taken upon himself to keep the music going, “with everything that’s been happening, when the world was at a halt the only thing which kept everyone sane was MUSIC “said Tshego.
He made his mark with his smashing single No Ties which featured Limpopo giant King Monada. Affectionately known as The Pink Panther, he continues to create an undisputed footprint with his unmatched music.
The live sessions are a series of performances by Tshego , he will perform his hit singles and might drop one or two new hits .
“I want to connect to my fans again , not hearing them clap will be hard but knowing that they are home safe and enjoying the music is enough “ said Tshego.
The first installment of the live sessions takes place on Thursday 09 July 2020 on @officialTshego YouTube page at 19:30 CAT .
By Buzz Life NewsJuly 9, 2020TrendingLeave a Comment on Tshego launches Live YouTube sessions