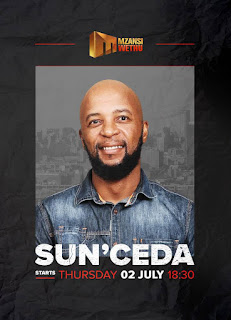 is something close to the heart of Daily Sun, the country’s biggest-selling daily newspaper.
Ever since its inception in 2002, the People’s Paper has been just that – a place where the stories of ordinary South Africans are told. Some bring tears, while others laughter.
What happened in the community that grew around the tabloid was that ubuntu emerged among SunReaders.
Moved by what they read in Daily Sun, many readers had – began to call the paper to help those who had shared their stories and so SunPower was born.
Now Daily Sun is proud to announce it and has teamed up with 1Life and Mzansi Wethu to invite viewers to journey with Stoan Seate as he embarks on a mission to bring more SunPower to SunReaders on television.
Sometimes all we need is a leg up in life to get going again, answers to questions that are plaguing us, or to see a way through a tunnel that only has a light right at the end.
“In our storytelling, Daily Sun captures the generous and selfless spirit of Mzansi. Just like Sun’Ceda we knock on the doors of South Africans who desperately seek help and bring them hope and solutions every day. Our incredible stories not only shines the spotlight on our social malaise but empowers individuals and communities,” said Daily Sun’s editor-in-chief, Mapula Nkosi.
Catch SUN’Ceda for the first time on Mzansi Wethu channel 163 on Thursday, 02 July at 18.30pm.
By Buzz Life NewsJune 29, 2020TrendingLeave a Comment on Daily Sun teams up with 1Life and Mzansi Wethu to present Sun’Ceda