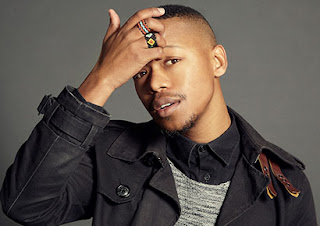 The Sounds from Africa Concert Series will feature South African artist Nakhane Touré performing live from his UK apartment on 29th June 2020 from 8:30 to 9:00pm.

Sounds From Africa was created as a direct response to COVID-19 in order to help foster communication and cultural awareness in a time of isolation.

Though born as a result of the pandemic, the series will be ongoing and will continue as a form of cultural exchange.

Familiar names like Mokoomba (Zimbabwe) and Vusi Mahlasela (South Africa), are interspersed with developing artists from across 17 countries in this new curated programming effort from Cultural Connections Africa (CCA) and their partner organizations. The series is produced by CCA network member Brad Holmes (of Bassline Festival, SA) and Mushroom Productions (SA) in cooperation with other partners.

The series is a joint venture of the network and like-minded cultural arts partner organizations from around the world that share the mission of connecting people through culture and music. Katherine McVicker, co-founder of the network and Director of premier boutique booking agency Music Works International (MWI) explains that the series “is part of a continued effort to celebrate diversity, amplify historically marginalized voices, and promote professional development, mentorship, education and the diaspora of African music around the globe”.

There is no fee to watch the stream. Donations directly support the featured artists that have been financially impacted by the current crisis.

A portion of the proceeds benefit CCA’s enterprises in cultural development on the African continent. Performances will be hosted on the www.skyroomlive.co.za and www.facebook.com/WOMADfestival

By Buzz Life NewsJune 23, 2020TrendingLeave a Comment on Nakhane Touré takes on international stage at Sounds from Africa concert