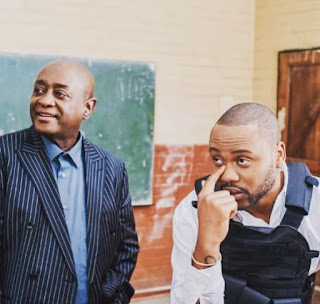 Every year, South Africa remembers the students who were part of the Soweto uprising on June 16 in 1976.
It is only fitting that veteran producer and theatre genius Mbongeni Ngema to release a remix to his famous song “Freedom” which was one of the most loved songs in the musical “Sarafina” that depicted students involved in the Soweto Riots, in opposition Bantu education Apartheid.
The musical remains nostalgic for many South Africans to this day.
The legendary Mbongeni has featured and collaborated with some of the most talented young South African’s relevant musicians; Emtee, Reason, Gigi Lamayne, Blacklez, Saudi, Tamasha, and MJ Machaba in this nostalgic rendition.
The lyrics talk about freedom and current pandemic the country is facing (Covid19), and are inspired the overall message to the fans and fellow South Africans, encouraging them to never give up even in trying times.

Picture: Mbongeni Ngema/Instagram
2020-06-17
Previous Post: Watch Cardi B get piercings on Lip and Chest
Next Post: R&B duo THEY make a comeback