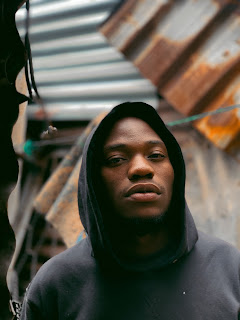 Marcus’ debut album I Am Marcus Harvey, released through Tales Of The Cool Music, an indie record label which he co-owns, peaked at #3 on the Apple Music Alternative Top Charts. Reflecting the trials and tribulations of adolescence, Marcus’ album traverses love and loss with a strong sense of identity at its core.

“This is a beautiful moment in my life, right now and I am inspired to always strive for nothing but the best, when it comes to my music,” he beamed. ““Being the Apple Music New Artist Spotlight recipient for June, a month that recognises and appreciates the visibility and influence of South Africa’s youth, means getting the global recognition which will hopefully open beautiful opportunities for myself.”

Born in Alexandra in Gauteng, Marcus’ career began during his teenage years under the moniker Hipnautik, where he made waves in his township courtesy of a few impressive open mic sessions. This ultimately led to the formation of, and his signing to Tales Of The Cool Music.

Marcus released his debut R&B-infused single, “Mosadi” featuring KAEB, in late 2019 which caught the attention of local media and listeners. He followed that in early 2020 with “Find Your Love” featuring Zimkitha.

Marcus credits his mother, who raised him and his siblings as a single parent, and the music that she listened to as one of the elements that shaped his sound – from the Afro-pop hits of Brenda Fassie, to the gospel anthems of Winnie Mashaba.

As Apple Music’s New Artist Spotlight for June, Marcus Harvey is ready to step into the spotlight with an alternative body of work that sets him apart from his contemporaries.