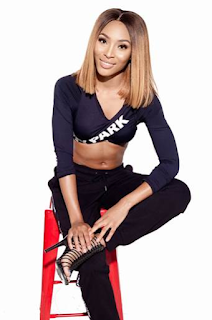 Multi-talented actress, Tidimalo Sehlako, is set to join the cast of one of South Africa’s favorite soap operas, Generations! She will be taking on the role of Nthabiseng, the head of Jambo Baba.

Nthabiseng is a character who is currently unfolding in front of the audience in the 29th season of the show. As the head of the business, her story-line is building up to make fans of the show hooked on who she is and what she does.

Tidimalo is no stranger to the spotlight, having played a short role in the Mzanzi Magic drama series iSithembiso. She also made it to the top 5 of Miss South Africa in 2014 then later became a BET-A List presenter as well as a Power FM news reader. Her skill set extends to the health and wellness industries where she is a qualified yoga-instructor.

However her journey has not been a smooth road; but she has overcome many obstacles.

This new phase in Tidimalo’s career gears her up to become one of South Africa’s most loved personalities as her character in Generations, diverse abilities and interests will seek to create a solid connection between her and the people of South Africa.