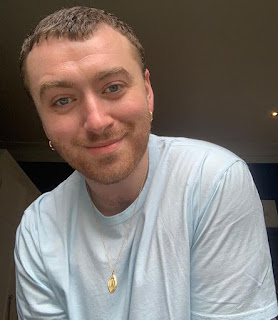 by Sipho Sethu
In 2019 the English singer Samuel Smith, 28 announced that he wants to be referred to as “they” rather than “he”, as he doesn’t identify as male or female.

The “How do you sleep” singer had delayed his album release due to the coronavirus pandemic.
He previously opened up about the decision to remove the word “die” from the titled because he felt “really uncomfortable” releasing a record named “To Die For” during a pandemic.
Sam Smith told ABC Radio that the album is “very deep into exploring my gender, exploring my queerness.”
He went on to say that he changed his pronouns and was feeling happy to be himself.
“I was going out in Los Angeles a lot and I was dancing and I was drinking loads, having a wonderful time with all my friends. I went into the studio and the guys who were writing with me said: ‘What do you want to say?'”
Sam has not yet confirmed a date for release, “When I know everyone is safe and good I will release the album. I have an album ready to go whenever this all calms down or whenever it feels right. There’s a whole record there to go.”