Lasizwe: Fake It Till You Make It 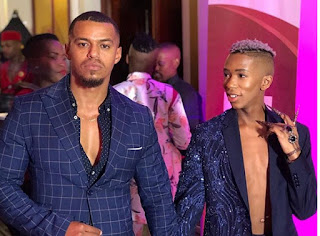 Picture: supplied
Mzansi is four days away from catching a glimpse into the real life of SA’s internet sensation, Lasizwe Dambuzafamously known as Babes Wamaleyvels as his own reality show @Lasizwe: Fake It Till You Make Itpremieres on Monday, 21 January 2018, MTV(DStv channel 130) at 21:30 CAT.

In the debut episode, the 20-year-old reveals a different side to what Mzansi has come to know through his social media posts. He juggles his time between making business decisions, preparing for some of the country’s fancy social events, addressing one of the controversies surrounding him and striving to bring his family together. There will be drama, controversy, and tears, which will expose Lasizwe‘s sensitive side – something rarely seen in his social media life.