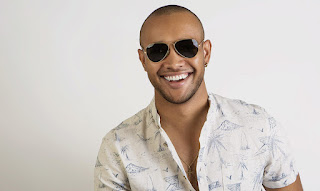 Picture: Supplied
Rising African star El Mukuka is regarded as Zambia’s top DJ/Producer and is the pioneer of melodic house music in the country. El released ‘Something’s Coming (ft. Kayla Jacobs) in late 2017. This year he decided to remix the smash hit and have it relate to 2018.
The song is about finding happiness again after having gone through a difficult time. The song reminds the listener that after every storm comes a rainbow: life has in store beautiful things for each one of us and will show us the way when we least expect it. The remix reflects El Mukuka’s musical vision to fuse elements from African music with European dance and deep house sonorities. The lush African guitar stands out among bassline driven sounds, giving the remix a warm and compelling vibe.
Buy / Stream Something’s Coming (ft. Kayla Jacobs) [El Mukuka Remix]
here: https://umgafrica.lnk.to/SomethingsComingRemix
El Mukuka Contact:
Facebook: https://www.facebook.com/elmukuka
Twitter: https://twitter.com/elmukuka
Instagram: https://www.instagram.com/elmukuka
2018-12-20
Previous Post: All the winners at this years #SAHHA
Next Post: Busiswa joins Ntando Duma on Gqom Nation’s return