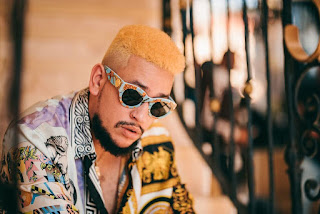 AKA, the unstoppable ‘Supamega’ of South African hip hop, is about to get a real ‘grill’. The Comedy Central Roast of AKA in partnership with Showmaxis coming to The Teatroat Montecasinoon 21 February 2019.

The ‘Fela in Versace’ and ‘Baddest’ hip hop star will face the music as a treat to those who want to see him take a verbal lashing. They will get to witness the roasting of the Hip Hop Boss who has made his mark in the rap scene, on the continent and around the world. In recent years he has redefined the boundaries for his generation – having opened for artists such as  Snoop Dogg, Kanye West and Kendrick Lamar. Now this multiple award winner, performer and entrepreneur is about to be baked, boiled and roasted before your eyes. Prominent, larger than life and ready for trouble, AKAhas hurricaned his way to great success with an unprecedented style and loads of savoir-faire.

The South African maestro of subliminals and in your face diss-tracks is presenting himself before the firing squad. Can he keep his ‘composure’? Will his epic freestyle flow save him from getting burnt? No umbrella necessary because the panellists from across Africa’s entertainment world will not be holding back on throwing shade at the man that is not one to shy away from fiery one liners.

Off the back of the success of The Roast of Somiziearlier this year, the highest rated South African roast to date, where Gareth Cliff was the Roast Master to an elite panel made up of DJ Fresh, Nomzamo Mbatha, Skhumba, Fikile Mbalula, Kurt Darren, Ntsiki Mazwai, Schalk Bezuidenhout and Joanne Joseph, The Comedy Central Roast of AKA is set to be one helluva mouth off. You de-cypher.

Said AKA: “Every roast before this was practice. Take a seat, Bon Appetite”.

Commented Dillon Khan, Vice President for Comedy Central and Creative Services at Viacom International Media Networks Africa (VIMN Africa): “The Comedy Central Roast is a SUPER occasion that gives the audiences a MEGA opportunity to see their favourite celebrity being placed in a hot seat, confronted by some of SA’s big names. So who better to Roast than the one and only Supamega? If AKA has ever roasted you on social media, then here is your baddest break to see the punisher burn under pressure.”

“The Roast of Somizi was one of the most popular shows on Showmax this year so we can’t wait for AKA,” said Candice Fangueiro, Showmax’s Head of Content. “No need for FOMO the second time round.”

Filming of the Comedy Central Roast of AKAin partnership with Showmaxwill be open to the public and will take place on 21 February 2019 at The Teatro at Montecasino Teatroin Johannesburg. Tickets are available from Computicket for R300.
For more information about Comedy Central Roast of AKA, please visit www.comedycentralafrica.com, Like us on Facebook at www.facebook.com/comedycentralafrica or join the conversation with us on Twitter and Instagram @comedycentralAF using the hashtag #RoastofAKA. 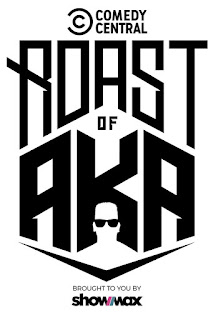 By Buzz Life NewsDecember 13, 2018UncategorizedLeave a Comment on Supamega to get roasted