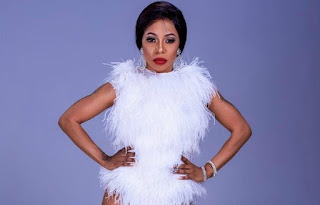 Picture: Supplied
Rapper, TV Personality and ex convicted Motivational Speaker Jub Jub has joined forces with the Gauteng Department of Community Safety and Blackbrain Pictures’ Asifikeni (Road safety campaign) to promote road safety and put an end to road fatalities.
Jub Jub joins a host of celebrities in campaigning against a rising death toll, the likes of Kelly Khumalo, Nelisiwe Sibiya, DJ Sabby as well as Actress Dineo Nchabeleng.
Jub Jub is an example and is determined to use his voice and experiences in ensuring that the roads are safe for all that use them. He was convicted for reckless driving which killed school children, leaving some severely injured. Jub Jub has served time at two Correctional facilities and he would not want anyone to end up behind bars from being irresponsible.
I have learned the hard way, I committed a crime which caused so much pain to so many people. I would like to encourage South Africans to be more vigilant and responsible on the roads. I am happy to be working with the Asifikeni team and MEC of Community Safety in Gauteng, using my voice and platform to effect change. I know the tragedy of losing people you love, also having been the perpetrator, I urge all South Africans to be responsible and be safe,” commented Jub Jub.
Kelly Khumalo believes that the roads can be safer if communities do something.

Asifikeni is a long-running campaign by Blackbrain Pictures, owned by Director Mandla N to keep the roads safe. “Texting and driving, drinking while driving, all kinds of behavior that serve as distractions to the driver are totally unwelcome and they are how we mostly lose loved ones.