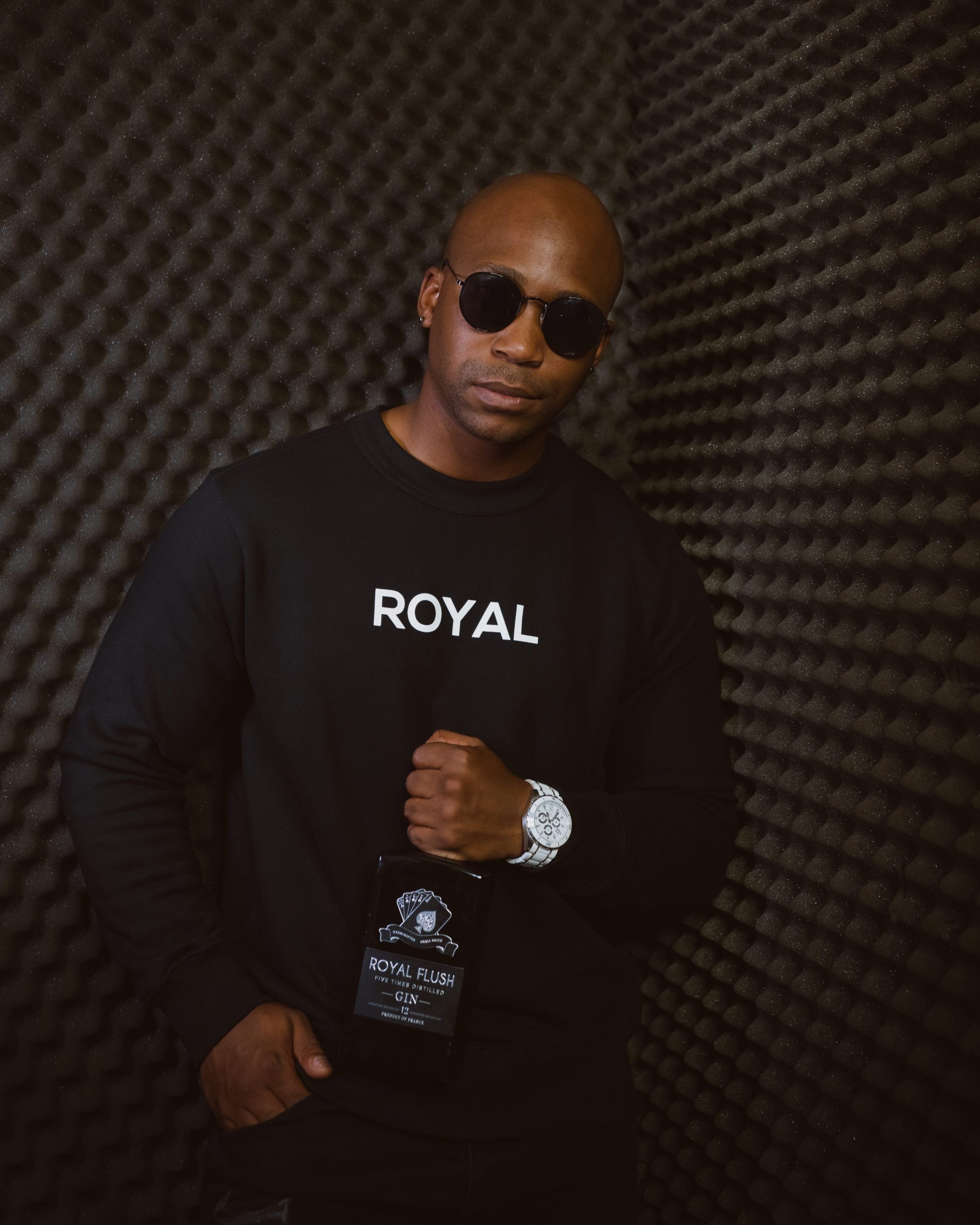 South African music and film star, Naakmusiq has brought the heat with signing an exclusive business venture with the makers of Royal Flush Luxury Gin imported from France.

Naak whose real name is Anga Makhubalo will be in the driver’s seat this summer as he embarks on this exciting new adventure that sees him not just as an associate but part of the Royal Flush Gin brand.

This exclusive and game-changing partnership is long term and will see the multi-talented star involved in all aspects of Royal Flush Gin. Naak as he is affectionately known will be actively involved in growing the brand as it is now part and parcel of who he is.

Royal Flush Gin which dances on your palate is made from hand selected French wheat, 5 times distilled and super smooth; won Best Gin gold medal at the London Gin Masters 2019 and has quickly become the talk of the town from Cape to Cairo.

Royal Flush Gin is packaged in a luxurious iconic black bottle with premium branding, exudes luxury and class all bundled up into one, making it easy to create memories to last you a lifetime.

Talking about his iconic move, Naak said: “Being a fan of gin I’m thrilled at becoming involved with Royal Flush. I have always wanted to be a luxury brand builder. Watch this space as Royal Flush is going to set a new standard for gin in South Africa.”

Known for his hit songs including Mamelani, Ntombi, Ndakwenza Ntoni, AmaBenjamin and most recently Cinderella what better way to consume music than with a refreshing drink in hand. Just like his voice, the gin goes down easily, with a tint of citrus for a burst of subtle but powerful flavor.

Royal Flush being one of a kind, stands out with it’s fresh made to perfection taste and this makes the marriage between Royal Flush and Naakmusiq a natural fit.

Royal Flush Gin is available at all leading liquor outlets.