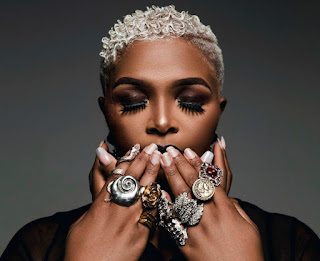 The songstress has re-imagined and re-worked Salif Keita’s Africa featuring the Grammy award-winning legend himself. Recorded in Bamako, Mali, the video shot by Dale Fortune tells a beautiful story on black beauty and how powerful we are united.
The video sees beautiful scenes of carefree children running wild in the open fields, on the streets with glee. It shows Simphiwe making the music with Salif Keita and his band at a studio while some showcase the beautiful songstress spotting big hair singing through the mic.
Simphiwe has consistently been making thought-provoking, social change-driven, love and loss-defining music since getting her big break with the release of her debut album Zandisile in 2004.
A Universal Music signee, Simphiwe is thrilled to finally share the visuals of her latest with someone she considers her icon.
Watch Masibambane here:
2020-07-11
Previous Post: Music runs in the family for Cici and Nosipho
Next Post: John Kani honoured by University of the Witwatersrand