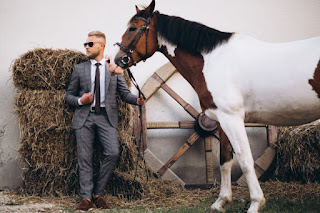 The Vodacom Durban July will throw open the gates on a new ensemble for life in lockdown as Africa’s Greatest Horseracing event prepares to thrill fans and fashionistas with an historic 2020 version of this iconic race.

This event is the first major horseracing event and the first Vodacom sponsorship event to be hosted since the start of lockdown, and with a racing and fashion line-up that includes the drama of a possible hat-trick of wins for “Do It Again”, the thrill of a nationwide design competition, support for local small businesses that have been hardest hit by COVID-19, and daily data prizes in the build-up to race day.
The Vodacom Durban July will go ahead behind closed doors as planned on Saturday 25 July as a broadcast-only event live on SuperSport 4 and SuperSport 10 from 13h00 to 16h00.
Channel O will be hosting the official pre-party on Friday 24 July from 20h00 to 00h00 and an after-party on Saturday 25 July from 18h00 to 00h00.
All in accordance with government regulations and health protocols.
“This year’s Vodacom Durban July is going to showcase a bold new vision as fans of this incredible event can still #StayConnected to their passion but also #StaySafe at this time. Fashion is all about a different way of looking at the world, so this year we’re taking a totally different view of the Vodacom Durban July and bringing this event to the people in a unique new way,” said Chris Lazarus, Managing Executive for Vodacom KwaZulu Natal.
The 2020 Vodacom Durban July fashion theme is ‘Butterflies’, reflecting the social butterflies who are still managing to #StayConnected to their passion for fashion during lockdown. And because masks are in vogue as the new fashion trend, Vodacom will be challenging all aspiring designers, artists, seamstresses and anyone with an eye for beauty to enter a nationwide mask design competition. The only design criteria is that the new glam fashion masks must include the ‘Butterfly’ theme.
Aspiring designers can submit their version of the most talked-about fashion accoutrement of 2020 via Instagram and Twitter with the hashtags #VDJ2020 and #StayConnected.
Entries can be already completed masks or mock-ups of masks, and will be judged by a panel of leading Vodacom Durban July influencers, including Rina Chunga of Ri.Ch Factory, drag queen Baba Ganoosh, celebrity makeup artists Nomsa Madida and Diva Cadach, fashionistas Melody Molale and Nolusindiso Mchunu, celebrity stylist Krayzi_k (Tshiamo Modisane) and actor Kay Sibiya.
The mask design competition opens on 13 July at 10:00 and will close at 15:00 on 23 July, and the winners will be announced before the main race on 25 July. As “Do It Again” races for honours and a possible hat-trick of Vodacom Durban July titles, the country’s mask designers will be competing for their own prize pool of R10 000 for first place, R5 000 for second place and R2 500 for third place.
But there’s something for everyone in the build-up to this year’s Vodacom Durban July, with daily lucky draws of 5GB Vodacom data to be won. Vodacom will also provide a major platform for some of KwaZulu-Natal’s emerging designers and will select four local, female-led small design businesses who have been identified by Durban Fashion Fair, to create and produce 400 masks, which will be donated to the most vulnerable people of Durban to help keep them safe during this pandemic.
These emerging designers will partner with the Vodacom Durban July influencers to collaborate on the design of a mask and showcase their talent as well as their business on all of Vodacom’s platforms and those of the influencers, giving a much-needed boost to small business during these unprecedented times.
“Gold Circle really appreciates the ongoing support of our valued sponsor, Vodacom, our host city Durban, as well as the KZN MEC for Tourism, to ensure the Vodacom Durban July’s iconic status is preserved during these extraordinary times. The race is scheduled for 15h10 on Saturday 25 July and we all look forward to crowning the 2020 Vodacom Durban July Champion,” said Gold Circle’s CEO, Michel Nairac.
“Durban Tourism is excited to again partner with Gold Circle and other sponsors in hosting the 2020 Vodacom Durban July, only this time, without our beloved spectators who will be staying safe at home” said Mayor, Cllr Mxolisi Kaunda.
The Mayor says this was done in order to give the usual spectators their annual dose of entertainment and fun while staying home.
“The City of Durban partners with events to market the destination, and the Vodacom Durban July is one of those events that have put Durban on the global map. We want people to stay at home and be safe, but remember to visit Durban and our world class tourism products, as the government gradually opens the country’s economy. We have committed to this by partnering with strong brands and events such as The Vodacom Durban July, which ticks all those boxes,” he said.
The butterfly effect of this year’s Vodacom Durban July is bound to keep the pulses racing with an historic edition of Africa’s Greatest Horseracing event.
The 2020 Vodacom Durban July takes place at Hollywoodbets Greyville Racecourse on Saturday 25 July.
Picture: Freepik
By Buzz Life NewsJuly 10, 2020TrendingLeave a Comment on Butterflies take flight behind the mask of the 2020 Vodacom Durban July