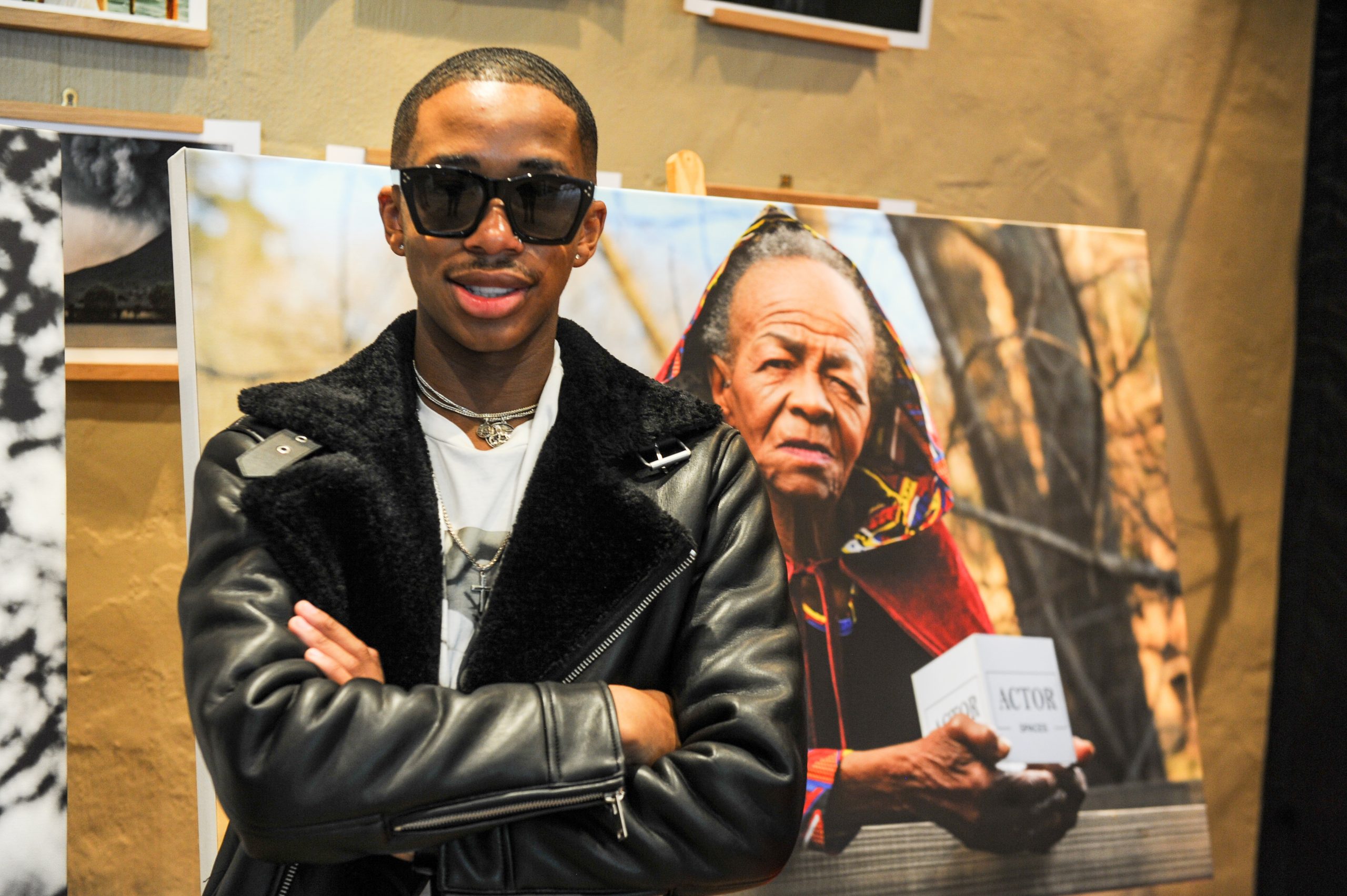 The 3rd Africa Rising International Film Festival launched in 2018 as a pre-event to the Global Citizen and Mandela 100 Festival was held this past weekend under a resonating theme – Film For Change: GBV and Equality, highlighting Gender-Based Violence, Black Lives Matter and unjust systems that still govern today. To further drive conversation, raise awareness of Gender-Based violence and equality through the power of cinema and storytelling to push for real change and accountability.

Africa Rising International Film Festival’s executive committee had planned a full integrated program as per previous years, however, the pandemic hit, forcing changes on the program. This year, the festival took place on its various online platforms, with only limited physical cinema screenings.

For our 2020 run, we had to consider the Covid-19 pandemic and  be creative and strategic in our presentation. Together with the youth volunteers, we managed to drive necessary conversations around Gender-Based Violence, Black Lives Matter, and unjust systems, while also empowering young emerging filmmakers and content creators – Ayanda Sithebe, Festival Director.

At the heart of the Africa Rising International Film Festival, is also the people who work in the film industry. Africa Rising International Film Festival curated engaging roundtable discussions and one-on-one conversations with industry leaders and practitioners. Uncensored and open and honest conversations around the real condition of the South African Film Industry that seek to bridge the gap and highlight the career insights that foster opportunities for the industry to unite and contribute to the development of our industry took place on our digital platforms guided by these topics;

It was Cape Town’s turn this year for ARIFF Film Child. The ARIFF Film Child cinema excursions hosted in Cape Town this year with the creative minds of young, disenfranchised learners from marginalized communities was also a highlight. ARIFF Film Child serves to expose learners to the craft making and behind the scenes opportunities available in the industry with animation masterclass. Cape town’s township based experiential cinema curators, Vuma Pop up Cinema helped in bringing the cinema experience to the children in the community of Khayelitsha. Children under 12-years had an opportunity to interact, learn, and engage with film content. Two films were screened as part of the program with various play and learn activities available throughout the day.

We have put our collective efforts toward providing a platform for a plethora of voices particularly marginalised voices to be heard and recognized, as seen in our film selection and curated talks. Using cinema and the world of storytelling to have urgent conversation – Lala Tuku, Co-Chair.

African and international films and documentaries

The three-day-long film festival opened on Friday with a prominent Kenyan film Softie, based on the life of political activist and photojournalist Boniface Mwangi and his family. Due to the COVID-19 pandemic, the opening night took place in both a traditional cinema provided by the festival’s partner SterKinekor and an open to the public drive-in cinema at the Walter Sisulu Botanical Gardens. The festival closed on a high with a film Antebellum starring Empire star Gabourey Sidibe, musician Janelle Monáe, and The Jim Gaffigan Show actor Tongayi Chirisa.

In line with this year’s theme, over 35 films and documentaries were selected for this year’s edition. The selected films deal specifically with socially relevant issues such as gender-based violence, black lives matter, homophobia, poverty, and government corruption. A large majority of the films selected were directed by women. Furthermore, Africa Rising International Film Festival Instagram TV screening platform has allowed the festival to promote the work of emerging filmmakers who are seeking exposure and further opportunities.

One of our highlights was hosting a posthumous screening of “This Is Not A Burial, It’s A Resurrection” in honor of the late Mary Twala. The film is also Lesotho’s first submission for consideration for the 2021 Oscars.

Africa Rising International Film Festival was realized this year in partnership with the Department of Sports, Arts and Culture, Gauteng Film Commission, House of Mandela, Bron Studios, Arena Africa, and Sterkinekor is produced by the youth and leading women in the industry. It is co-chaired by Actress and Producer Lala Tuku and film producer Kweku Mandela with Actor Spaces founder Ayanda Sithebe who serves as the Festival Director.

South African townships were historically cosmopolitan places. Apartheid confined all classes in the same impoverished locations. Migration from across the country and the region meant kasi residents commanded many musical languages. Church music, European classical music, the latest US jazz LPs and Liverpool pop tunes from offshore radio stations fed the mix. The same woman could sing Handel in church on Sunday, traditional lyrics by the evening fireside, local and overseas standards on a community hall bandstand and songs of resistance on a march. There never was just one sound.  And it’s the flowers from all those roots, and more, that Indaba Is has harvested. Questions about lineage, community and spirit thread through the tracks – not just communities of descent or language, but the communities being built now through collective creation.

Bokani Dyer’s ‘Ke Nako’ (now’s the time) opens with an irony, because that was a slogan used to get voters to the polls in the first post-apartheid election. Now, Dyer’s using it to remind us to think again about who we are and where we’re going.

That’s always been the question for The Brother Moves On  (TBMO: a genre-refusing, personnel-revolving performance collective named, with a twist, for The Wire’s assassin: Brother Mouzone). Here, it’s embodied in a meditation on relationships refracted through the distorting-glass of their context.

It’s the singing voices on both those tracks that reference roots even as they engage with contemporary spoken flows and instrumental improvisations. Explicitly, trumpeter Lwanda Gogwana bookends his track with the idioms of the Eastern Cape – galloping rhythms, harmonies from bow music and split-tone singing, a spluttering trumpet reminiscent of Mongezi Feza  – and grows from them a chill contemporary meditation: no spatial or temporal barriers here.

describes how imprisonment on Robben Island actually sheltered those who became post-liberation leaders from the visceral realities of the struggle. Her presence poses the same question; her history is still weighed down with calumnies even after an apartheid police boss admitted not a shred of evidence linked her to the killing she was accused of: the whole farrago was deliberate fake news.

That, like ‘Ke Nako’ and The Brother Moves On’s bitter allusion to “black yellow and green” (the colours of the ruling ANC)  is the thread of another kind of tradition – the reminders and remainders of South Africa’s struggle not yet won – weaving through the album.

Balm is offered by what guitarist Sibusile Xaba has described as his “modal, groove-oriented roots music”. It is, he says, inspired by dreams; he sees himself as a diviner not a performer and his music as functional for healing. That echoes one of his musical masters, the late Dr Philip Nchipi Tabane. ‘Umdali’ is a reference to the Creator, inspirer of such service.

The Ancestors weave Siyabonga Mthembu’s voice into a web of musical references forward-looking and historical, including bluesy instrumentals that hark back to what South Africa’s jazz bandleaders of the ‘70s and ‘80s conjured up – another aspect of South Africa’s musical tradition.

Then pianist/composer/vocalist Thandi Ntuli returns to the theme of identity in ‘Dikeledi’  (‘Tears’). “Who are you?’ she asks. “What do you call yourself?.. the illusion [of who you are] emerges from you.” Ultimately, the song concludes, rootedness in community trumps image.

But community isn’t unproblematic. The persistent fractures in South African society were deliberately engineered by apartheid, results of an attempt to impose unitary, racially-constructed identities on all. All the tracks in this collection challenge that: they demonstrate the unifying power of collective hard music work. In that context, iPhupho L’ka Biko’s ‘Abaphezulu’ (“They are coming, those who are above” – an invocation to ancestors, including the spirit of Steve Bantu Biko) is a fitting conclusion. Opening with the notes of Kinsmen’s Druv Sodha’s sitar, it smashes another of the walls apartheid tried to build against Black unity: between South Africans of African and South Asian heritage. The classically-inflected gospel voices of Mthembu’s dialogue with Indian and modern jazz rhythms and free horn improvisations in joyous heterophony.