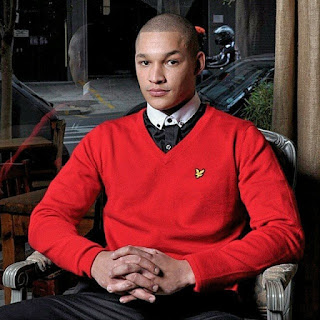 Being brave in the skin we’re in and owning it with pride can sometimes prove to be a challenge. We’re so bombarded by unattainable standards of beauty – in magazines, TV, advertisements, on social media that we at times we undervalue the true beauty of being ourselves, no matter the skin we’re in.

Scandal actor Brighton Ngoma is one of the brand ambassadors wearing his skin bravely on International Vitiligo Day, 25 June.

“Because my vitiligo is mostly on my arms and hands, it’s not that noticeable. I’ve been lucky enough to not have experienced any serious discrimination,” he says.
“So I was able to deal with it while educating myself and those around me who were curious enough to ask. You do get the odd look at times, but most people don’t say anything,” he adds.

For almost a decade, the non-profit organizations VR Foundation (USA) and VITSAF (Nigeria), and their supporters across the world have been working tirelessly to bring awareness to World Vitiligo Day (25 June ) and all those who suffer from it. Celebrities such as Michael Jackson, who suffered from vitiligo from the early 1980s until his death on June 25, 2009 and locally actress Lelethi Khumalo and Scandal actor Brighton Ngoma have been incredibly honest and outspoken about the skin condition and how it affects their daily lives.

Vitiligo occurs in 1-2% of the population worldwide; it is a loss of colour in the skin creating a variety of patterns on the skin from loss of pigment.
Unfortunately, due to a lack of education and knowledge, Vitiligo is often called a disease instead of a disorder resulting insignificantly negative social and/or psychological impact on those affected by it. In large parts of the world, there are numerous misconceptions, myths and stigma’s that haunt people with Vitiligo.

Ingram’s believes in owning the skin you are in and creating a world in which people wear their skin with bravery and Brighton is one of the people living with Vitiligo.