DJ Tira celebrates 21 years in the game with new EP 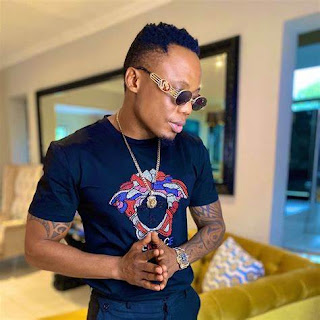 It was just over two decades ago when the world of house music welcomed whom they thought would just be another DJ, Mthokozi “Tira” Khathi,43, and little did we know that he would be the king of one of the most celebrated genres across the African soil.

Known as multi-award-winning hit maker and businessman, DJ Tira’s name can be heard chanted from taverns right through to stadiums as he has built his brand and respect in the music world.

>The music powerhouse has been in the game for 21 years and there is no stopping the force that he is as he can only grow in leaps and bounds.

To celebrate this milestone, DJ Tira will be releasing a hot six track EP just to remind some of his fans who he is and that when the magic is in you, there is no stopping it

“It has not been easy but it has been worth it. There have been some highs and lows and lessons along the way. But I have worked with some of the best in the game to date,” says Tira.

In the 21 Years Of DJ Tira EP, he infuses a mix of sounds and female led vocally driven project that have given us the distinctive sound that we all know the Afrotainment record label boss is. He has led and navigated some of the sounds that we have come to love, including Durban kwaito and Gqom.
The highly anticipated body of work will be available for pre-order on 26 June 2020 and it features Mampintsha, Prince Bulo, rising star Lungy K, Joocy, Nomcebo Zikode of Jerusalema fame, Fey, SA Idols 2019 runner up Sneziey, Ornica and Berita.
“I am very excited about this release as it is close to my heart,” he adds.